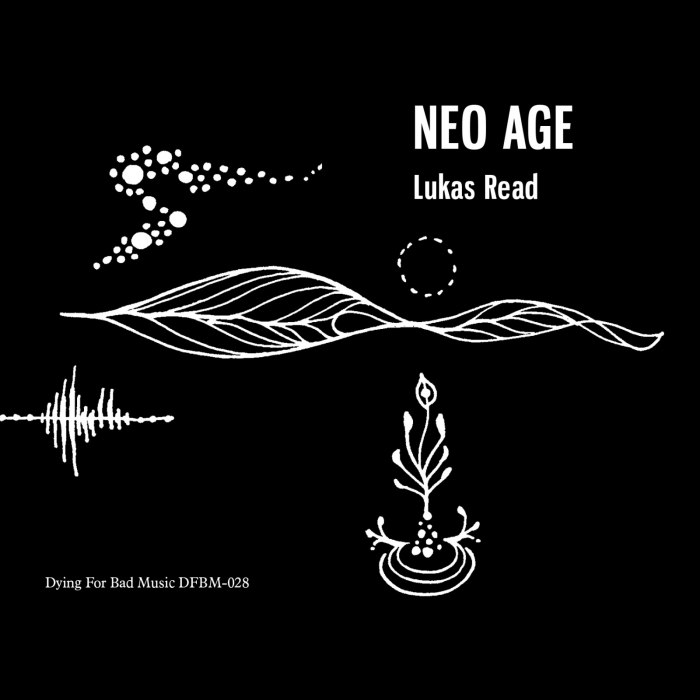 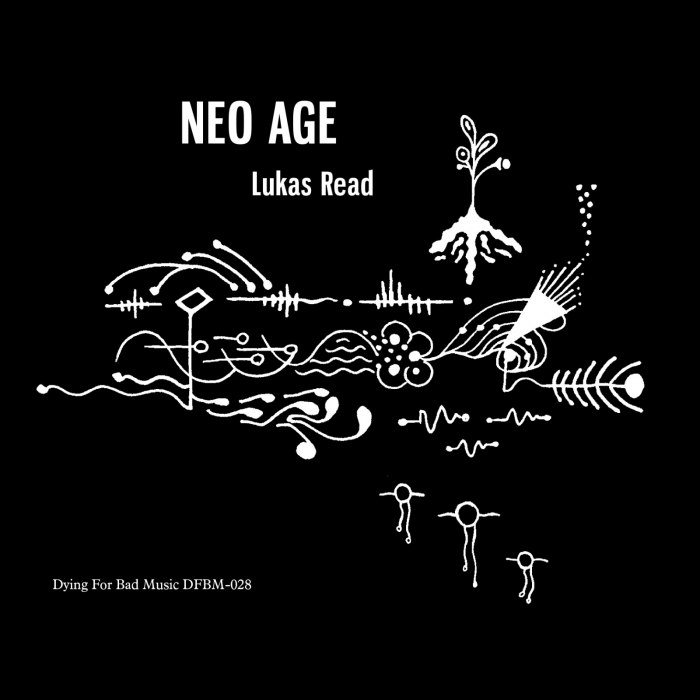 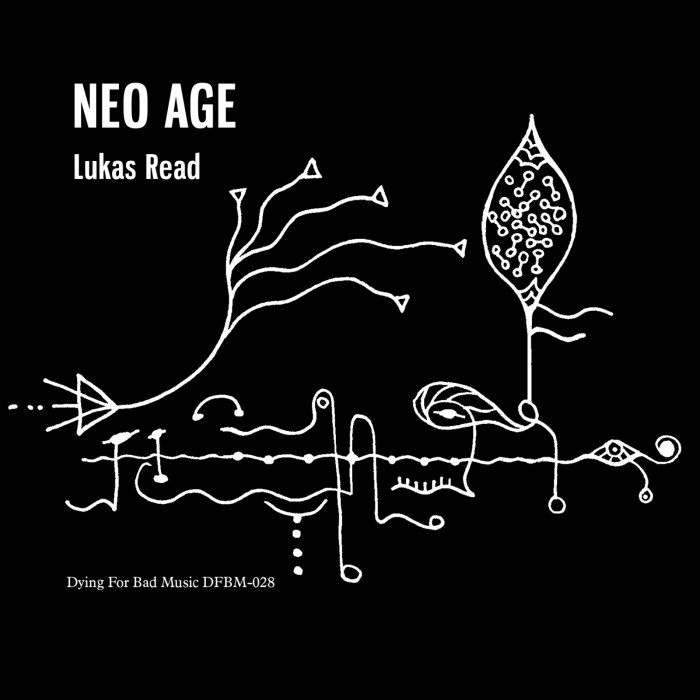 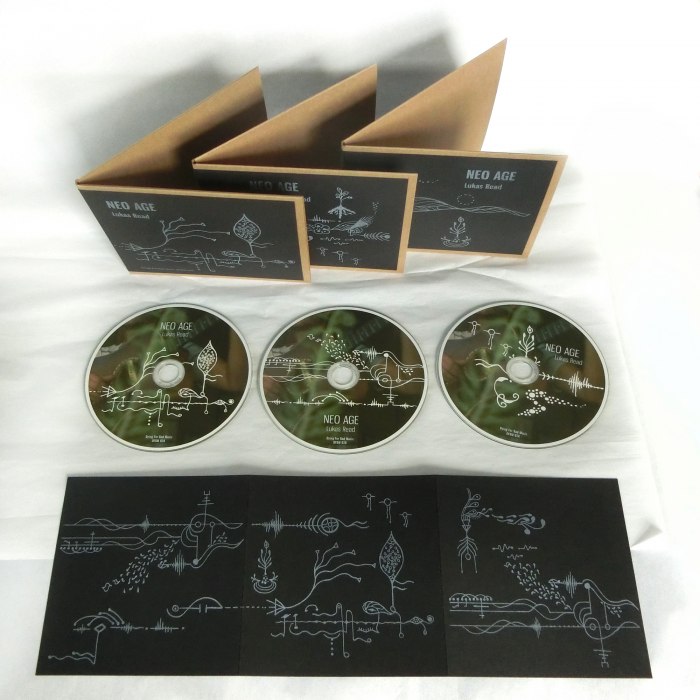 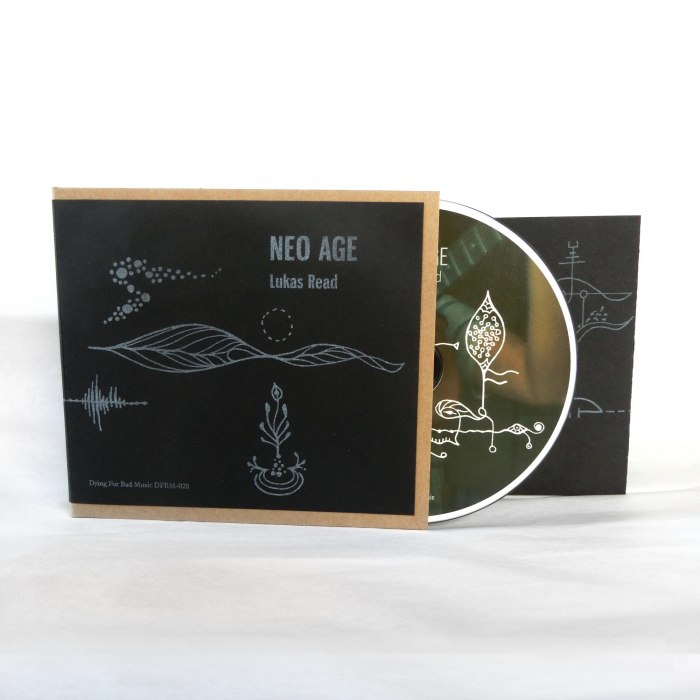 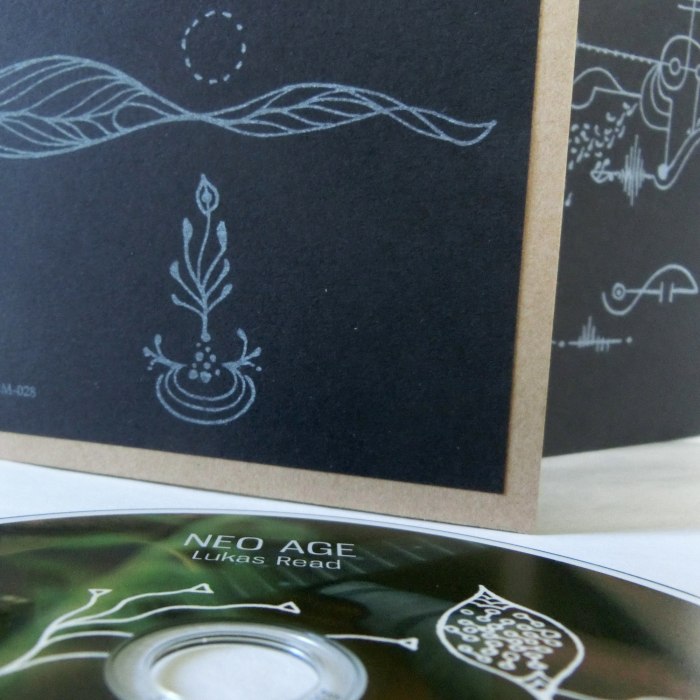 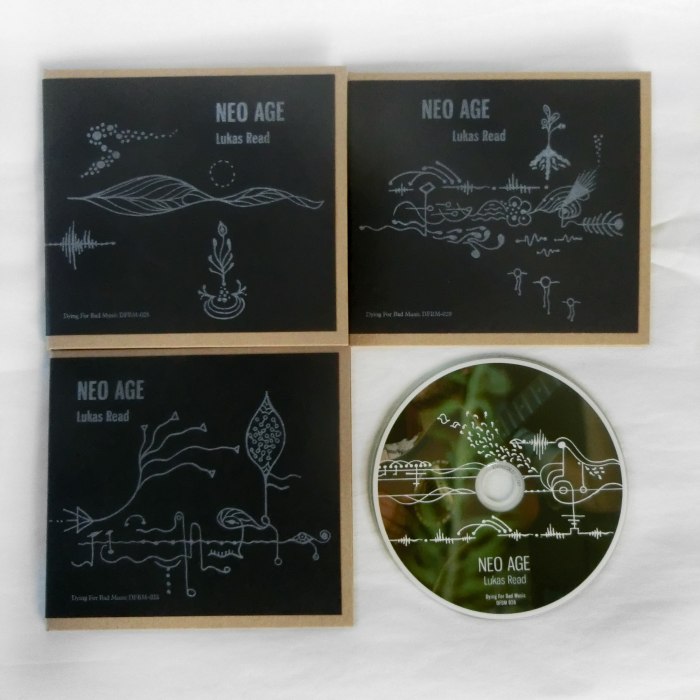 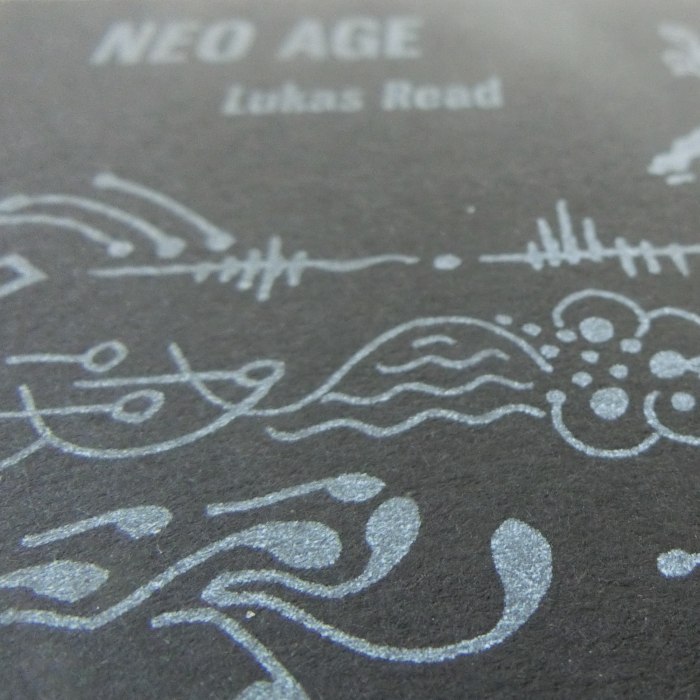 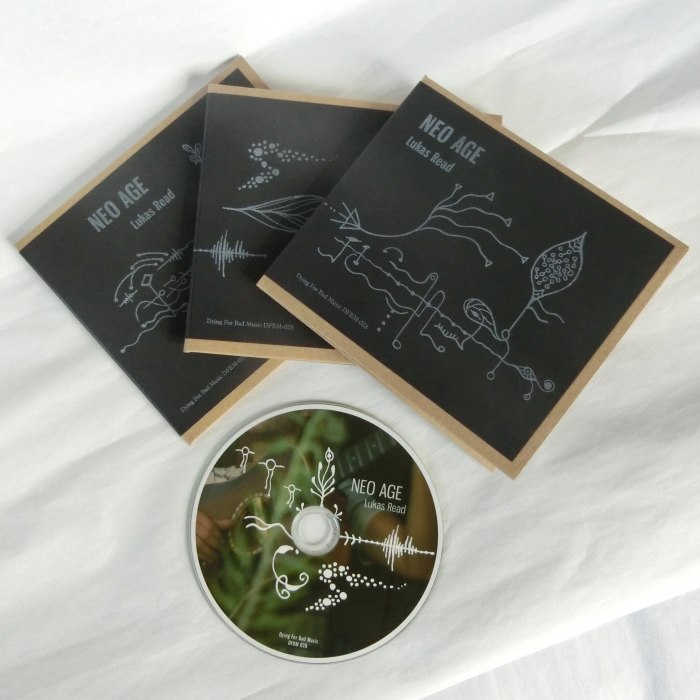 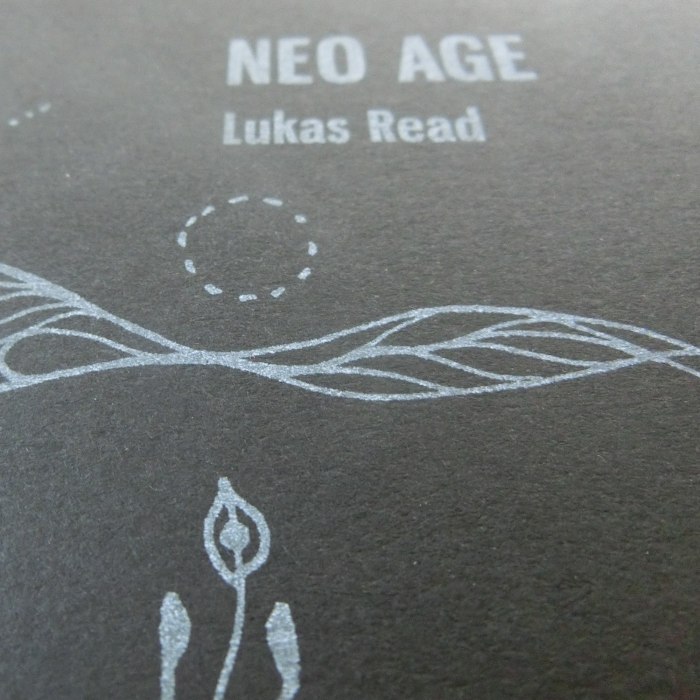 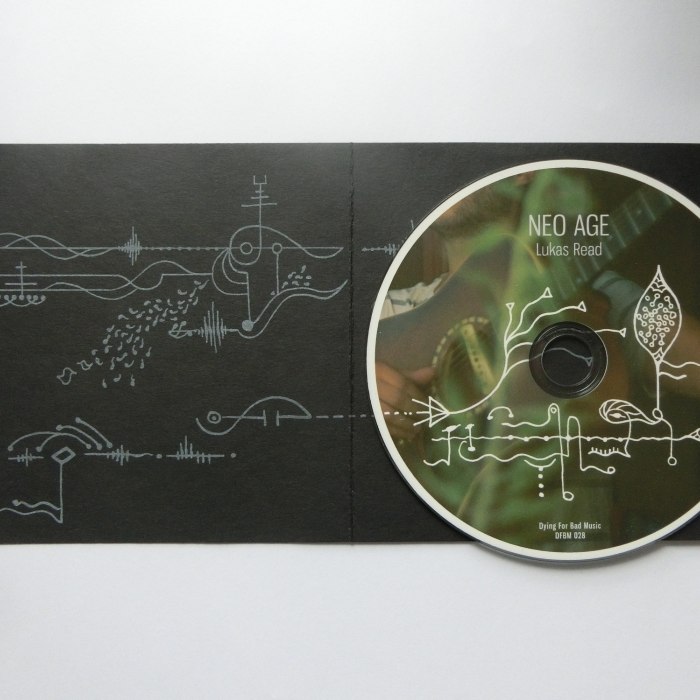 The original artwork for this release is inspired by scores for experimental music and visually recreates the ornamental guitar figures and the organic soundscapes. 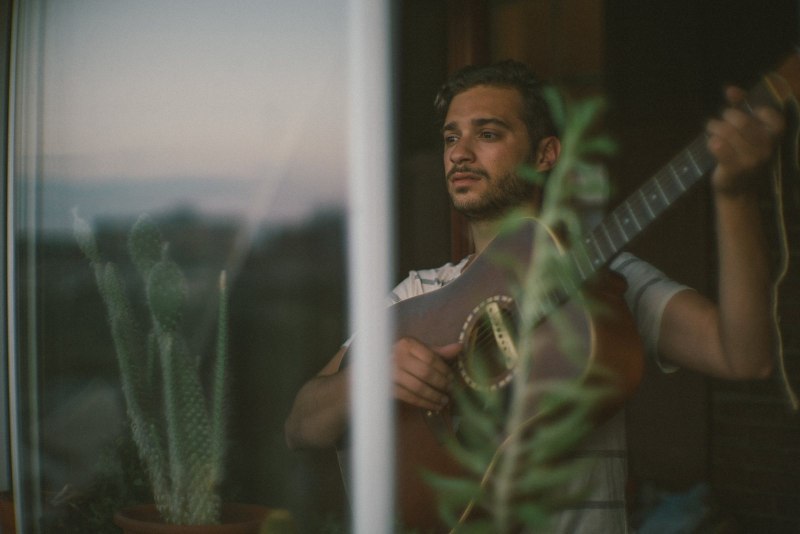 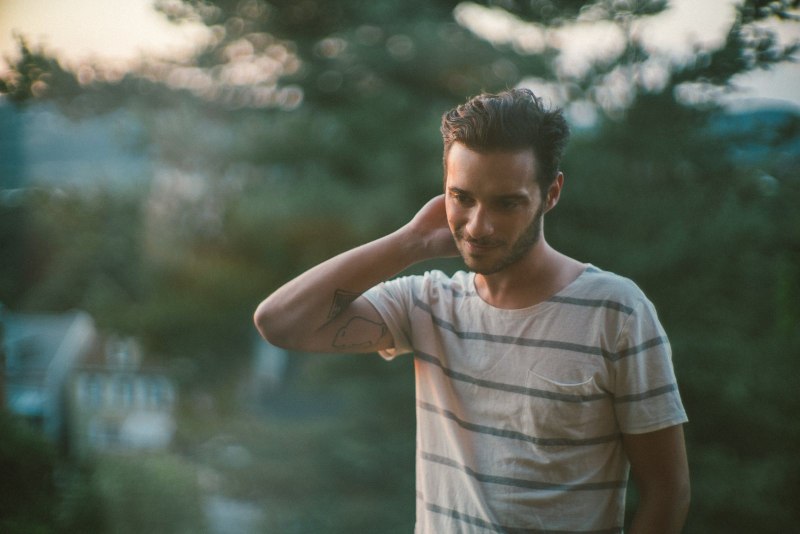 Sam was somewhat strong, two zeppelins for his lungs
He ran all day when he was a babe, now a man so still he waits.
— Ballad of Poor Sam Creacher, Lukas Read

Song titles such as “Deep Winter Rag,” “Slow Burn Boogie,” and “Springtime Gallop” provide an immediate impression of what to expect from Lukas Read’s Neo Age, but the eleven-track collection is something more than a one-note series of blues-country riffs thrown together by the American fingerpicker. The range of material featured on the album, recorded in Austin, Texas and issued by Dying For Bad Music in a limited, hand-numbered edition of 100 CDs, impresses, as does Read’s execution…
— Textura