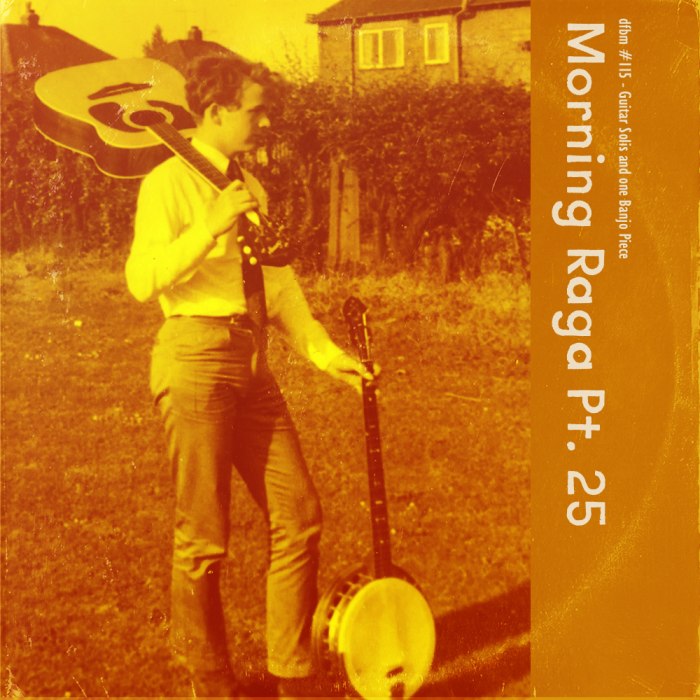 A new mix of solo acoustic guitar music has been long overdue.

This year has seen the release of some great new music as well as the rediscovery of some older, lesser known recordings that are worth presenting.

For example Gerhard Baum's album "Scrambled Eggs" and Wolfgang Barthel's "Magic Guitar Ride" from 1982 are two very interesting records. Both artists are German, as evidenced by their ridiculous album titles. However, their music is good and all original. Kottkes' fast playing has influenced Baum's style more. While Barthel is all over the place with e-guitar pieces, classic blues, and standards like the Bolero.

Eberhard Struch's "Flußfahrt" is another interesting album, but from the other side of the border that existed until 1989. Struch had one album released under his own name on the state-owned AMIGA label, and was included on the 1984 Kleeblatt Nr. 13 compilation series as a new and notable talent. The question of whether Kottke or Fahey had an impact on East-German musicians has now been answered. The better known Steffen Basho-Junghans (RIP) was a musician in the GDR as well, but his first solo acoustic guitar release was on his own label in 1989. I'm certain Junghans knew other pickers, since he organized a guitar festival in the GDR.

The new Simansk/Niesner album is yet another work of art. The cover is fantastic. It looks like a Czech folkpop album from the 1980s. The music is a bit like an extension of Ryley Walker & Daniel Bachmans collaboration in the beginning of their career, but with the Czech twist. To understand how American music can have Czech influences, watch the documentary Banjo Romantika - American Bluegrass Music and the Czech Imagination, which explores the hidden connections between Czech and American culture.1 Daniel Bachman recommended it to me and of course he's on this mix as well with his rendition of Elizabeth Cotten's "Till we meet again". As a contemporary musician exploring folk traditions and current disasters (https://www.thewire.co.uk/video/watch-daniel-bachman-s-almanac-behind>), he was and continues to be a huge influence on many of us. Daniel also shared the King Edward Smith recordings, that he found while working on preserving and researching folk music in Virginia.

As always, there is more to say, but it takes forever to write it all down, and it's not particularly interesting.

This time, there is only a download link. Mixcloud changed their business model, and because music fans do not pay for their services, they now charge DJs. My target audience, whoever they are, isn't really on mixcloud; it's a niche service. So I considered turning the mix into a podcast feed so you can subscribe in a podcast player; that might work, but it's a bit tricky with the chapter markers and links to buy the album. Both were absent in my tests and at the end of the day, it's maybe a bit too much work for these 5 listeners. You can always let me know what you prefer, just leave a comment.

Please consider buying a t-shirt and share the mixes. Thank you for listening.