Some months ago I stumbled upon Sarah Louise’s bandcamp and found her guitar work on “Field Guide” quite excellent. It was like a direct translation of the region she comes from. Shortly after that I found out that these tracks were going to be released on Scissor Tail Editions and this just happened at the end of February. I guess the cassette with the beautiful cover artwork is almost sold out, but you can still grab one if you’re quick or at least get the digital download (see links at the bottom). In the following interview Sarah talks about the Asheville scene and how she wouldn’t loan you her dog. I am also happy to share exclusively two outtakes from “Field Guide”.

Hey Sarah, how are you doing? How is the Winter in North Carolina?

This winter has been really enjoyable. We’ve had Lots of warm, sunny days, but enough snow to get me excited for Spring. I do worry, though, when I see toads hopping around in February or leaf-buds beginning to peek out too early.

What brought you to play music and especially to this American Primitive Solo Guitar style? Also, do you feel that mentioning John Fahey every time the sound of a steel stringed finger-style guitar rings, is tiring?

I started playing guitar when I was 13 because some wonderful lady (I don’t even know who she was!) randomly gave me a guitar. I was simply in the right place at the right time! Receiving such a special gift out of nowhere made me want to work hard at it. I taught myself out of a Beatles complete chord book and then tabs off the internet and eventually began trying to pick things out by ear like “Devil Got my Woman” by Skip James.

For a while there it seemed like Fahey’s name was just a stand-in that was meant to imply more than it actually did. He was never the entire guitar scene. Now it seems like some music writers are aware of the overuse and consciously avoid referencing him even when it actually does apply.

You released Field Guide a few months ago as a demo on your bandcamp. Scissor Tail Editions, which recently released it on cassette, did a great job in re-mastering those tunes, but I kind of miss the vocal parts. Why did you leave them out on this release?

Scissor Tail is pretty much an instrumental label. Simple as that! I will say, though, that the extended instrumental version of “The Day is Past and Gone (Variations)” came out of having to rework it as an instrumental, which I’m really happy about.

What is your favorite tuning on the guitar and do you change tunings a lot?

I change tunings way more than I should, because it makes keeping up repertoire and live-performance a bit more difficult. I make up all of my own tunings, and the next one always springs from the previous one, like a lineage. Often while I am composing, I will refine my tuning when I hear something that I want in there. I must admit that giving away a tuning right now would be like letting someone borrow my dog, but I have noticed a pattern in my tunings that I am happy to share. Many of them are tone-clusters rather than open chords; I love dissonance in a tuning. 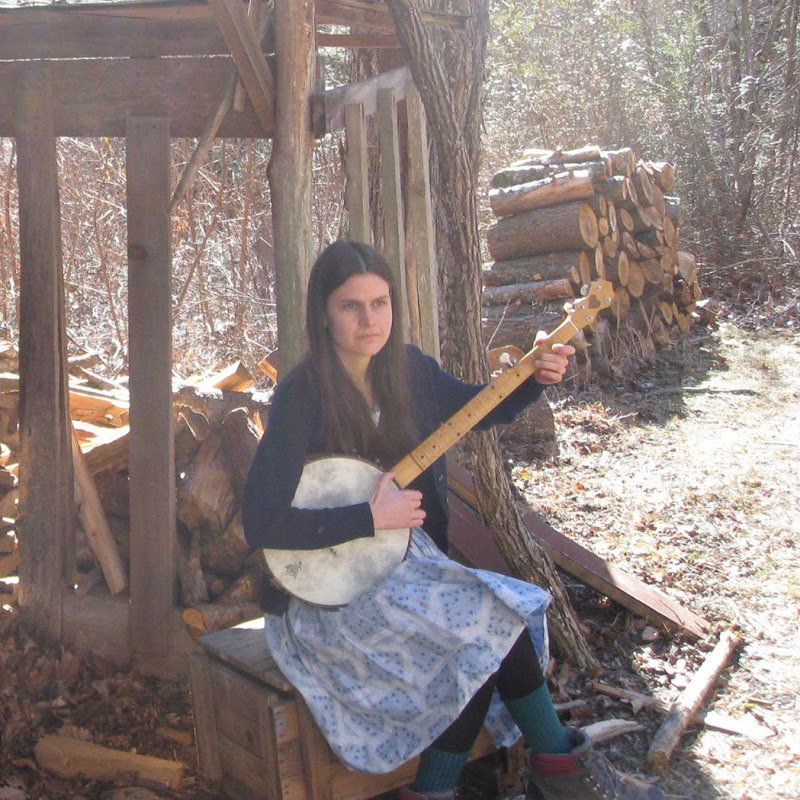 I am still wondering why young Americans are drawn to the music of their grandparents. You would hardly find any young people in Germany, having fun, singing old regional folk songs (if, then they are probably making fun of it). It is considered weird and backwards and their grandparents probably beat them to play in this Bavarian brass band or the vocal ensemble (this is my own very biased point of view!). I guess part of it has to do with identity. How is that for you? How do you identify with your country or the place you are coming from?

This is a fascinating, challenging question! I think one reason why young Americans connect so strongly with older music is because America is so young. I imagine it’s part of an effort to locate ourselves in the human continuum – to connect with a past that was often intentionally obscured as our forebears tried to assimilate. “Who are we?” Although there are definitely some dark connotations surrounding American folk music (the evil injustices that spawned the blues, the anti-nature sentiment of many Baptist hymns, the inexcusable heritage of minstrel shows), there were many efforts to give folk music a positive voice. Look at Woody Guthrie during FDR’s administration. That is still fairly recent in our cultural memory. American music is also unusually rich. We have echoes of Hungarian cymballum, German lap dulcimer, the melodies of ancient Celts, the rhythms and word-play of many different African nations, etc., etc., etc. That’s a lot to draw from.

Tell us something about your home town Asheville. It seems to be a big town embedded into a really beautiful landscape at the foot of the Blue Ridge Mountains. Where do you prefer to get lost, in the woods or in urban life?

Well, I actually live an hour outside of Asheville in an entirely rural area, so I have to say I definitely prefer to get lost in the woods. Apart from work, there’s nothing to do here except engage with the landscape – forage wild plants and mushrooms, garden, hike – and write music, of course, which for me always relates to landscape. I just got (slow!) internet in November and don’t have a cell phone, so I have to get creative just to stay amused.

Is there a favorite place in Asheville one has to see when they are around this area? The Blue Ridge Mountains are obviously beautiful, but is there a not so well known place you want to share?

The Mothlight, which is in West Asheville, is my favorite place to go hear music. They get wonderful performers and have great sound and a really sweet vibe. Harvest Records, also in West Asheville, is the most wonderful record store I have ever been to. They have a great selection, of course, but what sets them apart is their staff. Everyone who works there is so nice and knowledgeable.

Was there always some sort of a scene for this kind of music or did it just happen lately that players like you, Shane Parish, Tashi Dorji or Wes Tirey discovered each other?

For me, the discovery came fairly recently. Everyone in the scene has been so incredibly welcoming to me, which I am so thankful for. Shane, Tashi, and Wes are all stand-up, amazing people, even if you were to take the guitar out of the equation.

Wes does American Primitive proud and has been using drone to great effect in some of his recent recordings (he can also do that Fahey-trademark double-pick). I like that he’s been experimenting with longer-form pieces and enjoy his literature-inspired songs. He’s not afraid to give his words space. It’s quite affecting.

The first time I saw Shane Parish was with his duo, Ahleuchatistas (with Ryan Oslance on drums), at Moogfest two years ago. It was hands down one of the best shows of the whole weekend, and they are still one of my favorite live acts to see. Then I saw Shane and Tashi open for Glenn Jones at a now unfortunately defunct DIY space called Apothecary (run by Frank Meadows, a wonderful bassist and Dorji/Parish collaborator). It was a thrill for me to find out about guitar players who owe more to people like Derek Bailey and John Cage than the American Primitive tradition. Tashi and Shane are both groundbreaking and definitely experimental, but decidedly soulful as well, which is often true of the best experimenters if you ask me. The range of their projects is mind-boggling and their ability to be so expressive and in-the-moment, particularly while improvising live, is something to marvel at. 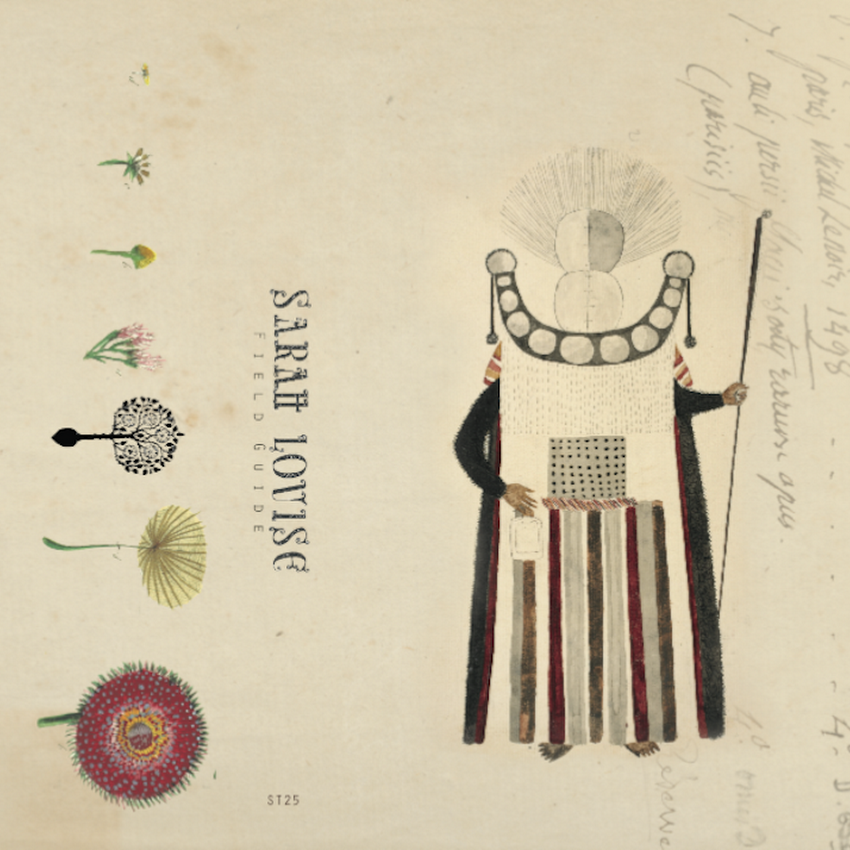 This new wave of Fahey’s American Primitivism brought up a lot of new players and also an interest in rare, private press records or even unreleased recordings from the early Takoma Records era. Do you think this will happen again in 20 years that somebody digs out an old hard drive with mp3 of some unknown guitar players or tries to remaster a skipping CDr or a hissing cassette tape, to re-release it?

I think it could very well happen with cassettes (we’d all get the Basinski treatment!) and vinyl. There’s a cartoon I remember that is coming to mind of a person sitting on a heap of CDs, floppy disks (remember those??), and computer parts and he is reading a book, which he ostensibly salvaged from the pile. That about sums it up for me.

Does the medium matter to you at all?

In some ways vinyl is definitely the Holy Grail, but I’ve been appreciating tapes more and more for their community-building ability. Tapes are cheap enough that it’s not a big deal to trade them with other musicians or even give a few away. I know that people love to debate whether analog or uncompressed digital music sounds better, but I would take the warmth and even a hiss or crackle or two of analog over the sterility of digital music. Music being appreciated in physical form is important to me too. The grooves on vinyl and the oxides on cassettes are real. Mediums that encourage consumption of entire albums are always preferable to me.

What is your favorite setting for listening to music and on the other side how do you set yourself up to write music? What is the process to write music?

I’ve got a great stereo set up that allows me to be pretty much anywhere in my house and have great sound. Good speakers or headphones are worth it!

I wouldn’t say I totally have a set process. I’m definitely not a good role model because I’m terribly disorganized. I’ll scribble notes down on scraps of paper and then find them a month later wishing I had written down what tuning it was in. I’m trying to build-in a bit more organization, though, because I want to become more efficient. The biggest issue is having a big-enough block of time to get a piece to the point where it has a presence in the world. If I improvise for just a little bit and then leave it, it might never come fully into being. Finding a good tuning is always hugely important as well. The tuning is what I collaborate with to write music. Sometimes I think of myself as a curator of tunings as much as anything else.

Tell me about your future plans and how do you see your music evolve over the next years?

I have been writing quite a bit of new solo 12-string material, which I am hoping to share in the next few months. I also have some nylon-string songs where my voice is more prominent than the guitar, which I’m collaborating on with my cellist friend Emmalee Hunnicutt. I’m also working with a band that is putting a heavier psychedelic and thoroughly Appalachian spin on a couple tracks off “Field Guide” as well as other originals from the group.

Any book or movie you liked recently and want to recommend?

I recently finished reading The Soundscape: Our Environment and the Tuning of the World by R. Murray Schafer as well as a book of interviews with Meredith Monk. Both are great! 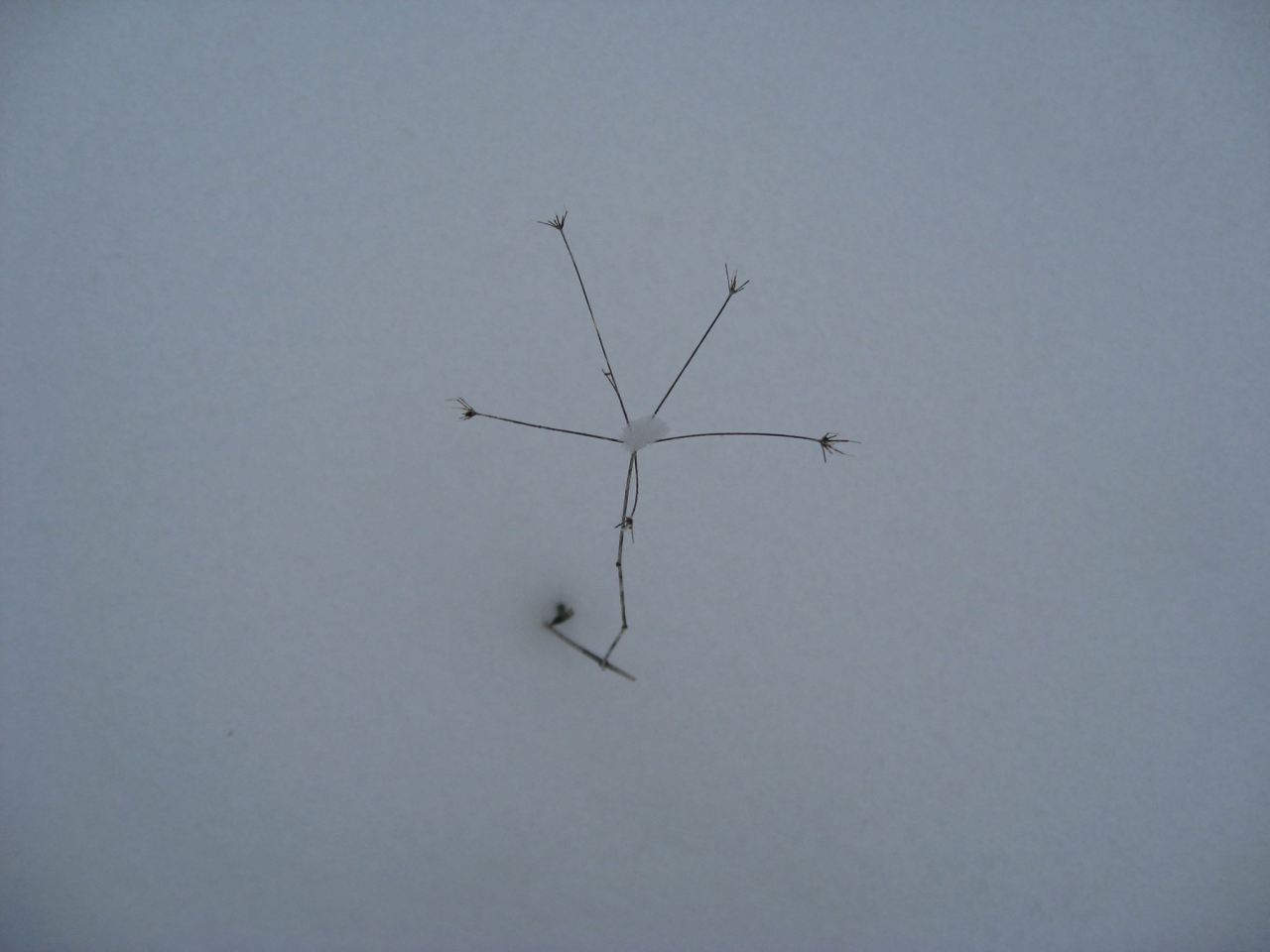 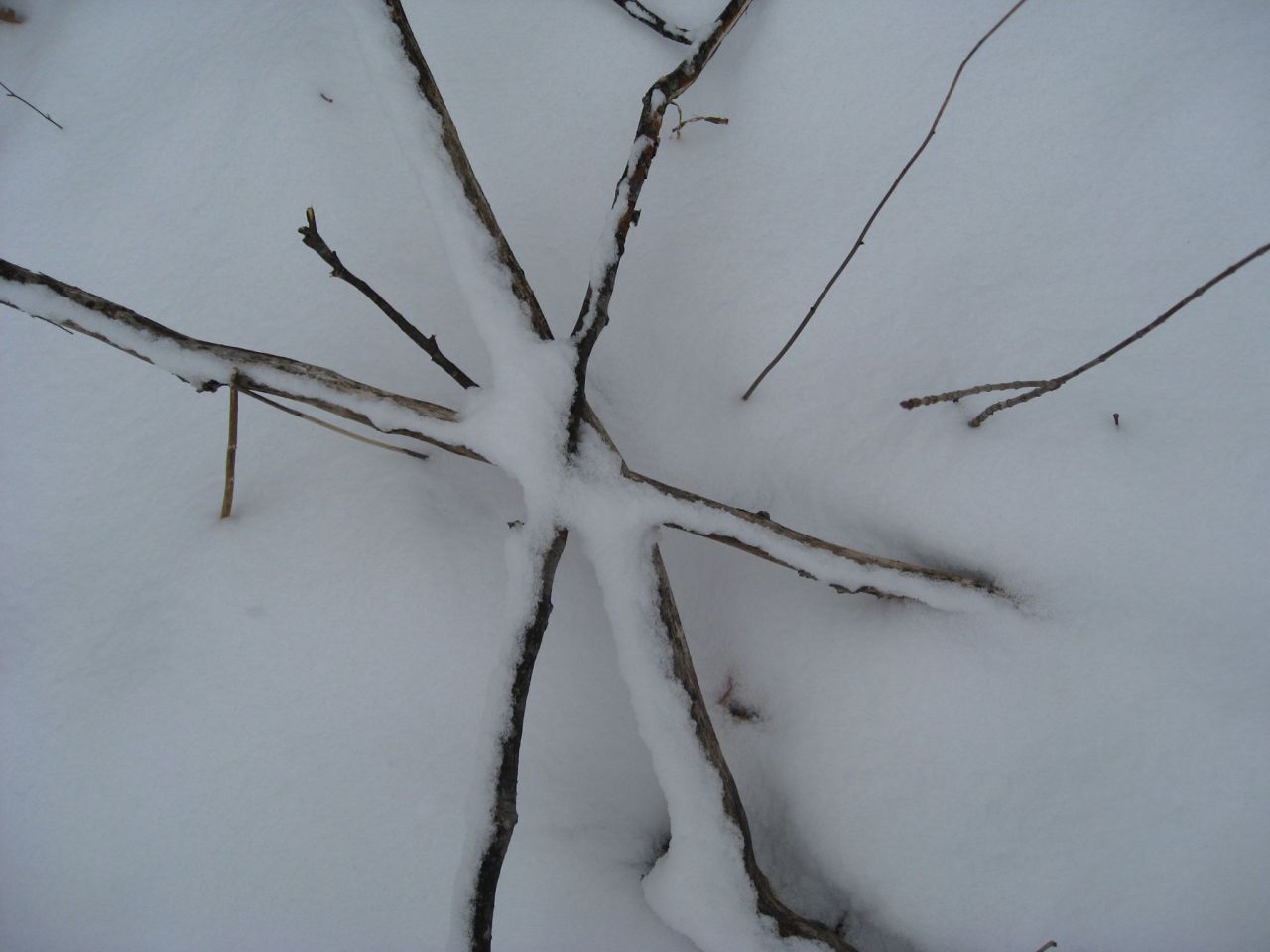 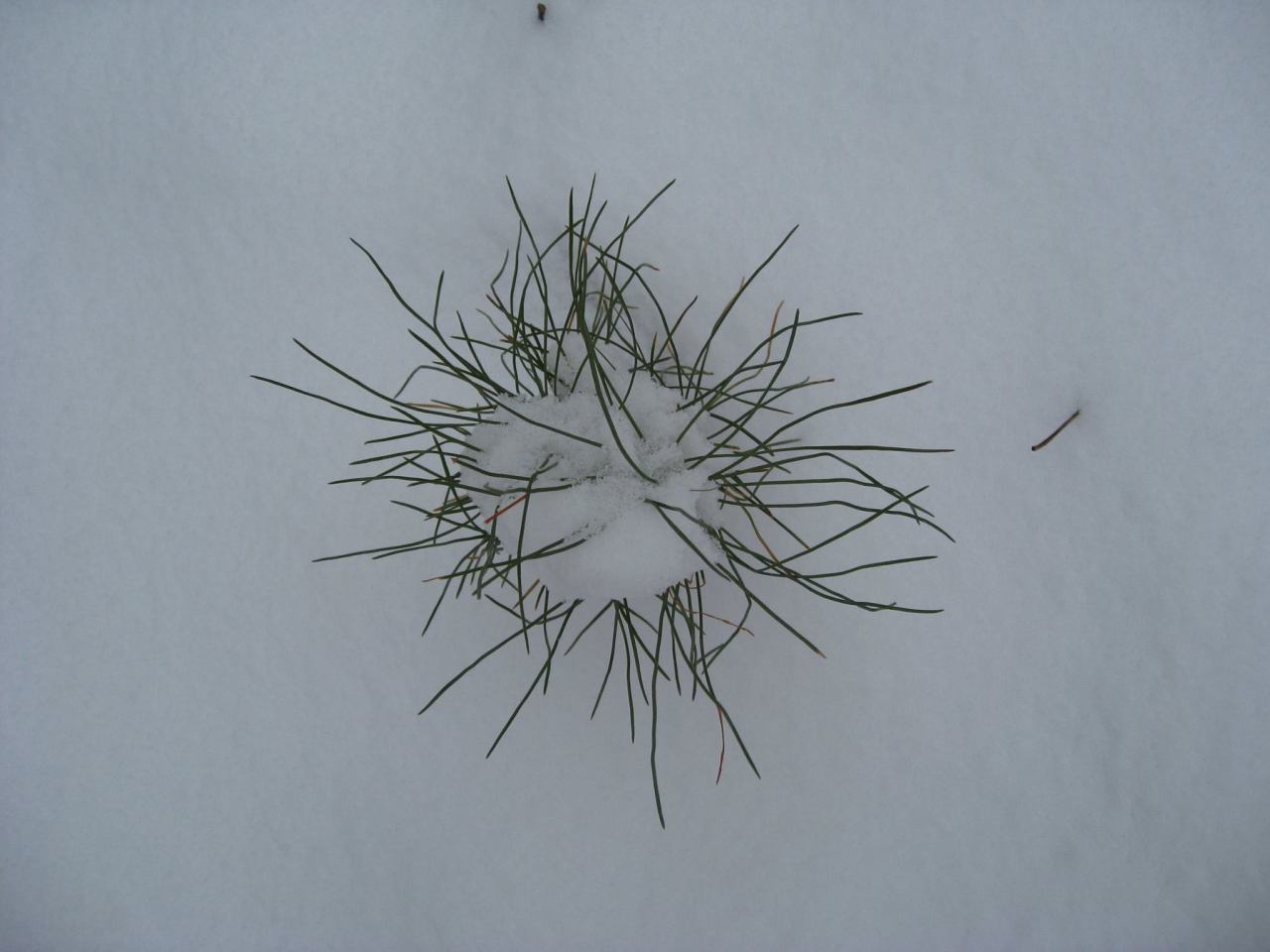