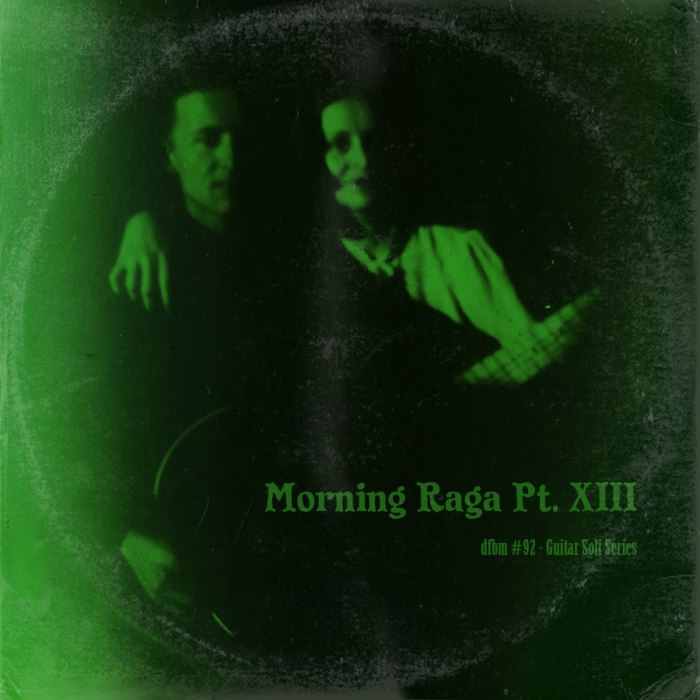 Welcome back to another two hour mix of all strings considered. Again I was able to unearth recordings that have been rarely heard before. Old private press releases, inspired by the wonderful collection on Tompkins Square Records Imaginational Anthem Vol. 8. Also new talents inspired by the masters of american primitive guitar.

Rick Deitrick is one of those who appeared on said compilation. He recorded an album in the seventies, called Gentle Wilderness. Records were sold on concerts, in stores, he gave it to libraries ‘and left a few albums in the middle of the wilderness, next to trails, “so people would find them.”’

From the same compilation comes Michael Kleniec who I featured before on the Morning Raga series. This is probably his best piece. A slow meandering raga inspired composition.

And two more artists that appear on Imaginational Anthem Vol. 8: Nancy Tucker and The Keithe Lowrie Duet. Nancy Tucker released her first album A Little Stronger by her own in 1983. It contains two guitar instrumentals and some nice singer-songwriter pieces. She’s still making music and releases records for kids.

The Keithe Lowrie Duet is a relatively unknown record, but no a collectible item so far. Like the Nancy Tucker record you are able to find a copy on discogs for a small figure.

I guess the Terry Telson record falls under the private press label as well. Mainly a late 70s singer-songwrite record with a lot variety and a slight loner vibe. Since Terry was offering the record on his now defunct website I think it’s ok to make it available again. Download here

I found out about the King of Desert Blues Ali Farka Touré because I posted some pictures of a really unique looking acoustic guitar on facebook. It turned out as a model from Bulgaria, but how did it get to Africa? Find out Part 2
He’s probably no secret under those who are into music from Africa, for me it was a great discovery.

As I mentioned before, Italy turns out as a treasure trove of wonderful guitar music. It started with Roberto Menabò and thanks to kind people who introduced me to new music I found so much new and great stuff. I cannot praise Egle Sommacal’s latest album enough. He recorded some very unique and delicate guitar records. Maybe everything with-non english titled falls short easily, but don’t make that mistake and miss his records!

McGuffin Electric is a young musician from Italy as well.

From Japan I got music by AZUMI, who released a cassette, that containes sketches of Fahey’s country blues and Tamagawa Onkyo with some lofi avant-fingerpicking-guitar folk.

Has anybody ever heard Peter Walker’s Live at Third Man Records record? I am bummed that it’s not available digitally, but I bought the lp and it’s a great live album with him performing two songs on the piano, which I’ve never heard before. He is really one of a kind, an outstanding guitarist and a very unique musician. Has Anybody Seen Our Freedoms? is probably my favorite record of him, but everything is highly recommended.

Toby Hay from Wales recorded a new album due to mid November. As an early preview you can listen here to Starlings. If you wonder, the album (or ep) is called Birds and Hay is adapting bird songs on his guitar. This is one of the most beautiful things I’ve heard lately. (I guess I would say that about almost every track on this mix).

The story of experimental guitarist Rod Poole is quite sad. He got stabbed in a parking lot in L.A. Originally from the UK he moved to the US in 19891.

I wish there is a new album by Micah Blue Smaldone coming. Until then I still enjoy his last album from 2013.

East of the Valley Blues is a guitar duo from Canada and they released on the Death is not the End label, which is better known for reissuing old-time music on cassettes.

Do you remember the mixtapes by John Fahey, that got posted 3 years ago on soundcloud2?

In the 1990’s my future wife was a record store clerk in Portland, Oregon. American guitar legend John Fahey was living in a nearby town and would visit the shop. Here are two mix cassettes that he made for her during that time

Nathaniel Braddock who posted those tapes is a fulltime musician and teacher specialiced in African music and everything with strings. His biography is pretty impressive3. He sent me song from his 2015 album Quadrille & Collapse. If I remember right this is unreleased. Check out his music on soundcloud. (See link in tracklist).

More from Tomkins Square: Richard Crandell who released an album in the early eighties, compiled 11 songs that got recorded in the nineties and they are available digital only on bandcamp. And for a past record store day, Tompkins Square released a 10” 78rpm record by the King of 78s – Joe Bussard. He’s playing slide guitar with a screwdriver4. Unfortunately I see this record every time I visit Criminal Records in Atlanta. This format doesn’t sell well I guess.

And a last minute arrival: Conrado Isasa from Madrid recorded a new album called Los Días which comes out on November 25th. Glenn Jones wrote the liner notes so I’ll just use a quote here:

This is inner music —more for Sunday morning than Saturday night— born of solitude, of a love of the sheer sound of the guitar as a means of personal expression and exploration. I’m impressed by how unforced Los Días feels, how willing Conrado is to let his music take him —and us— where it will. It’s a captivating voyage, one I hope you’ll relish as much as I do.

That’s it for explanation. I hope you’ll enjoy it. As always, stream it on mixcloud or download mp3 files for consumption on whatever device you use. Please share it, leave a comment and send me music. Also buy yourself a DFBM shirt! 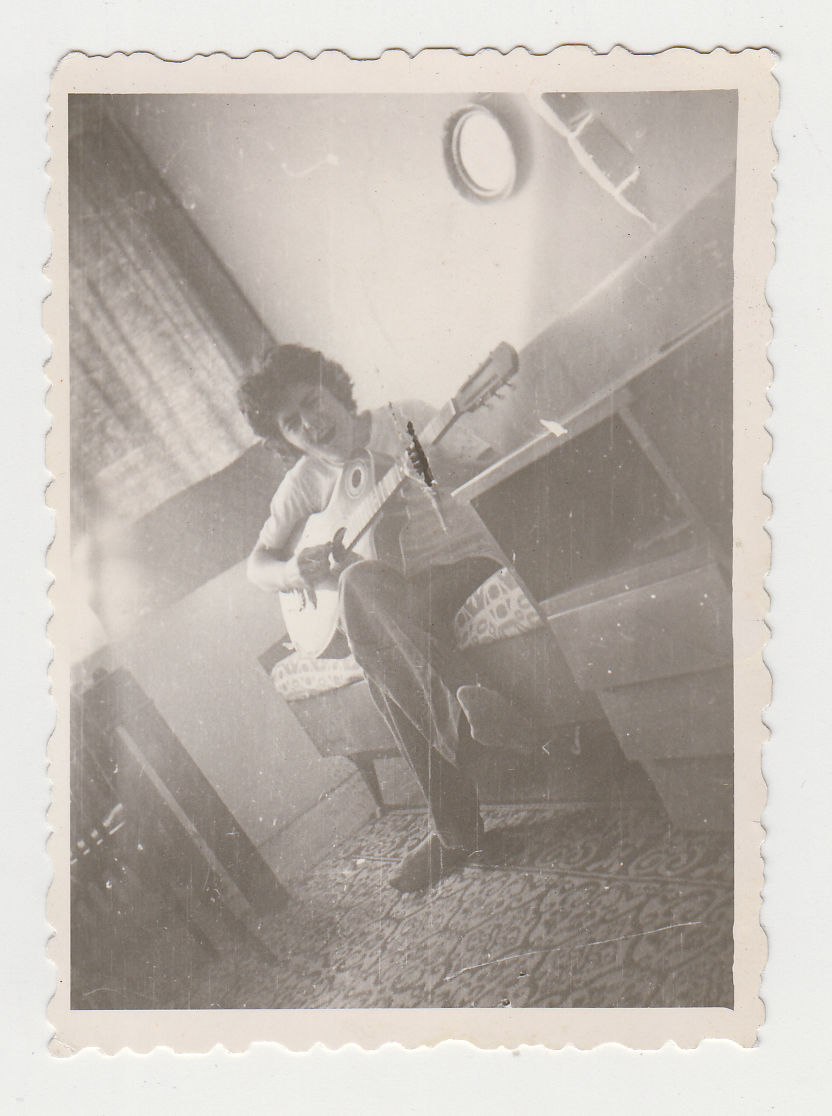 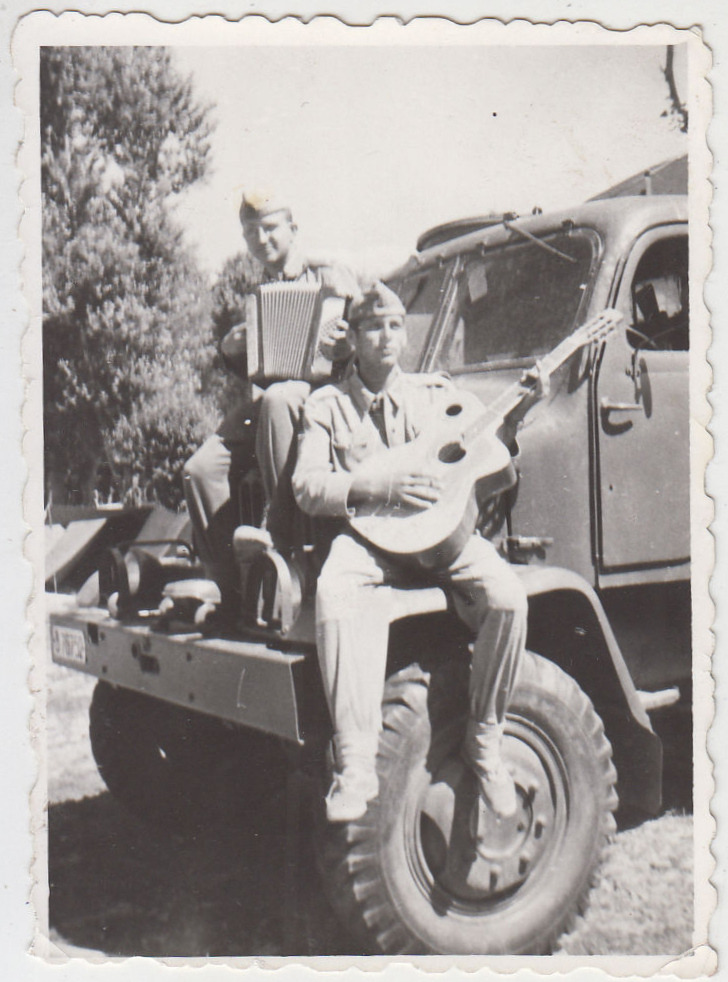 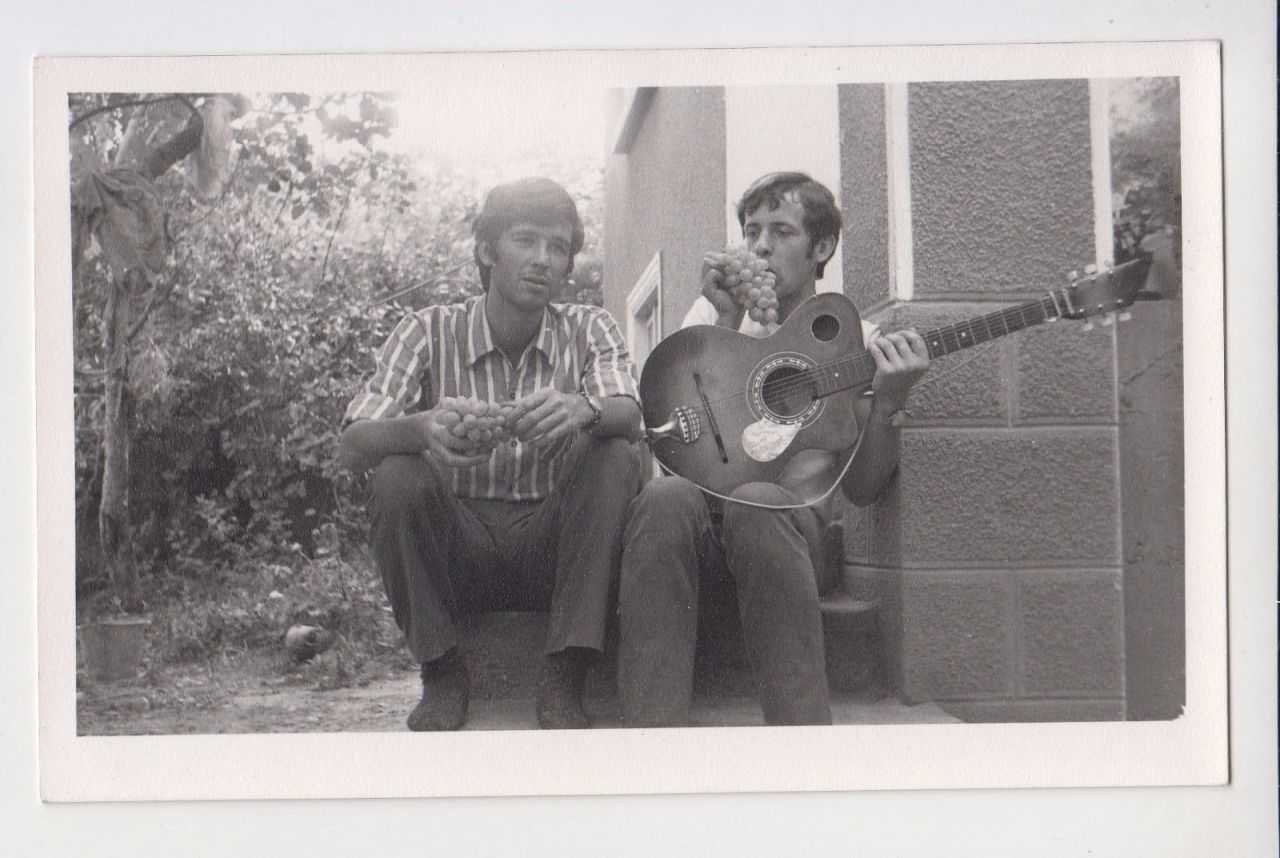 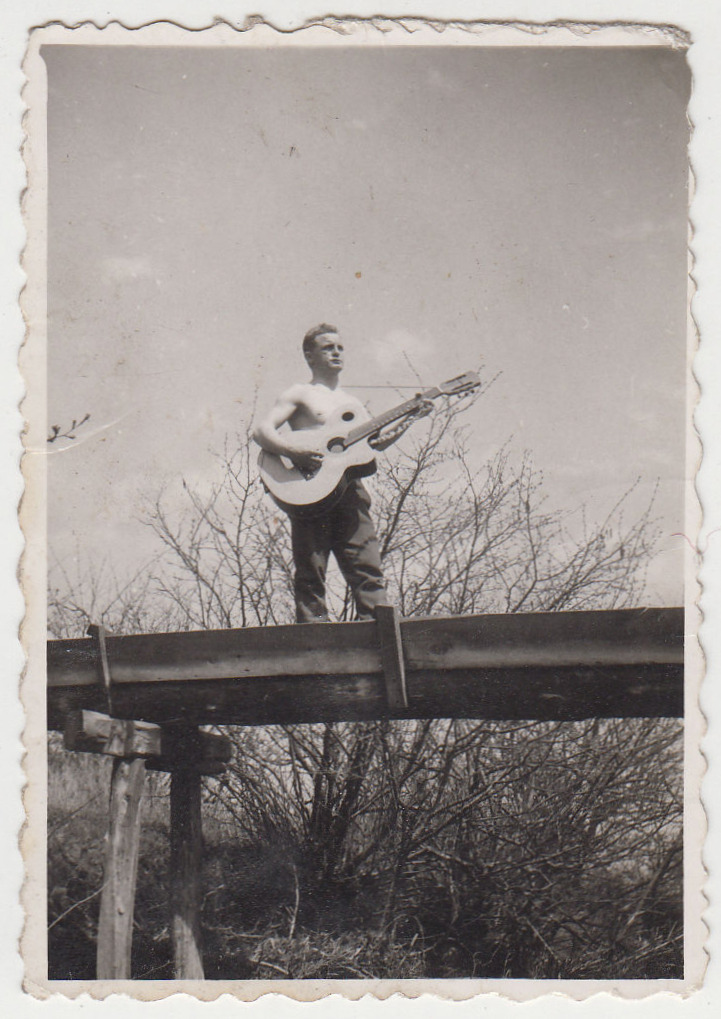 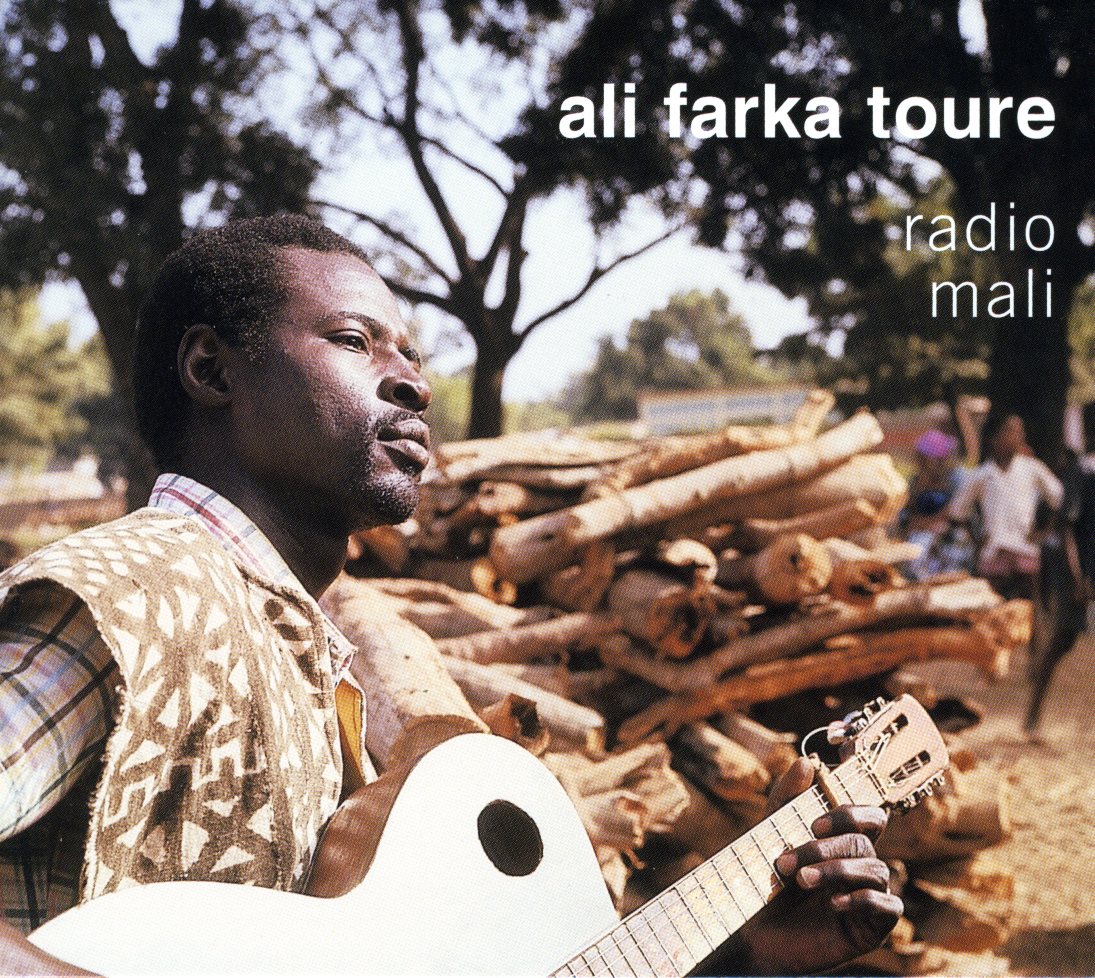 This is a Kremona Zornitsa, a Bulgarian-make guitar from the 50’s/60’s.
Ali Farka Touré bought it in 1968 on his first trip outside of Africa. He was invited to play in Sofia, Bulgaria. Source 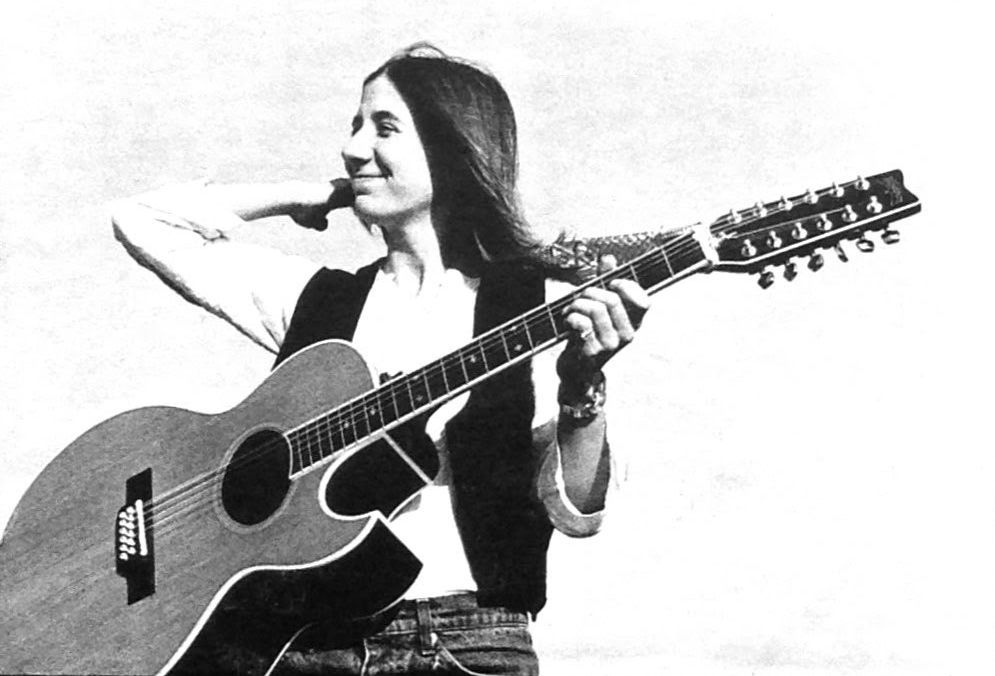