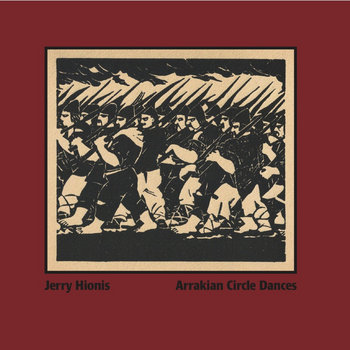 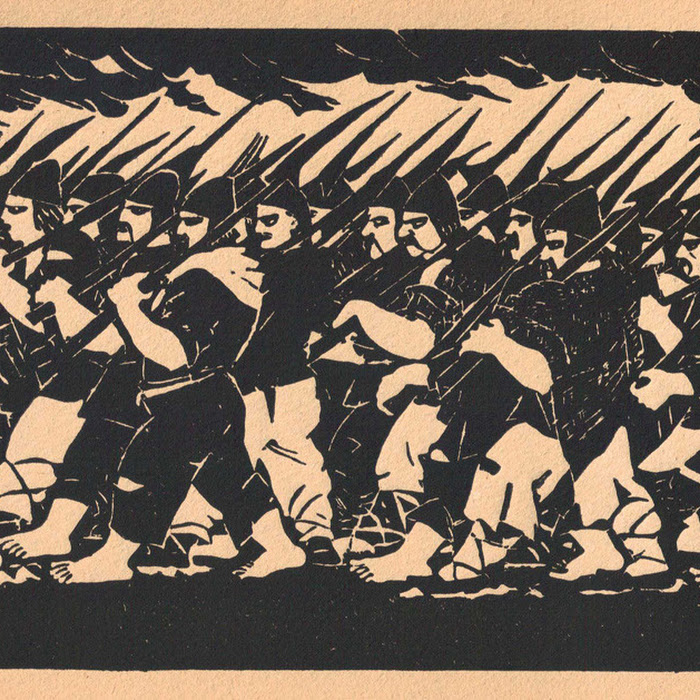 Philly based solo guitar player Jerry Hionis has been featured last year with his great debut Graveyard Stomps & Funeral Rags which crossed many paths with Dr. Ragtime aka Jack Rose (RIP). Not only in terms of music and presentation, maybe also the physical presence of Hionis is similar to Rose's.

I don't know Hionis at all (just by his music and a brief email exchange), but I think he is a really interesting person with many facets.

For his music he has chosen the path of the so called American Primitive Guitar music which one could boil down to "plays guitar like John Fahey". This is not necessarily wrong, but there are much more aspects to consider. To me it means, take what ever influences you have and translate it to a resonating, steel-stringed piece of hollow wood. It even works with Gangsta Rap (see Frank Hurricane).

Hionis translates dark and sinister stories into his Weissenborn lap guitar, 6- and 12 string guitar and even accordion.
I am not really sure, but I would say that Dune by Frank Herbert is a theme on this album. Arrakian Circle Dances seems to refer to Arrakia, the desert planet which means "the dancer" in arabic. (Did I mention that Hionis is a devoted Muslim? I told you he is man with a many of facets).

Musically, Arrakian Circle Dances is shifting between uplifting, short Rags and more epic, dense fingerpicking pieces in vein of Six Organs of Admittance. Those switches feel a bit odd and from one minute to another you get relocated from an imaginary small town bar with ragtime music to a cathetral or some other awe-inspiring building that makes you feel lost and floating, or something like that.

As I mentioned before - American Primitivsm is more than playing the country blues based guitar style like John Fahey. It's whatever you take in and build upon Fahey's idea. It's DIY culture and Folk-Art, Traditionalism and Futurism, it's sophisticated and basic at the same time, it's self-taught and academic research. Eastern and Western music culture. It's open to anyone who is willing to explore (like the Europeans who entered the new world back then.)

And to take this even further, as cover art, Hionis has chosen a woodcut by Hungarian painter Gyula Derkovits called The Marchers and it's part of the Dózsa-series which refers to György Dózsa, who fought against the Ottoman Empire and who was the leader of the peasant revolt in Hungary around 1500.

So, after this history lesson I leave you with some great music by Jerry Hionis. Buy the mp3 from his bandcamp page or buy a copy if you see him live playing in or around Philly. Maybe you are one of his students too. Who knows.

On a side note, I recived some kind words on my work for the blog and label. Thank you and thanks to the people who create phantastic music.

​​III. Battering at the Gate.