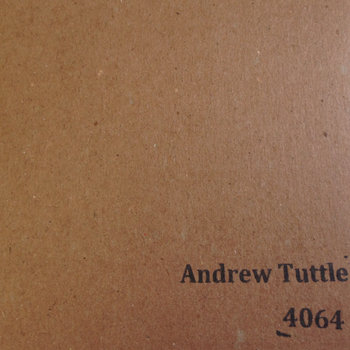 4ZZZ FM: "Andrew Tuttle may have retired the Anonymeye moniker, but he’s still rocking that mix of ambient electronics and …banjo. As always, like a Blade-Runner / Deliverance double feature, somehow that’s something I have no problem with." (http://compressionhell.tumblr.com/post/50948629144/just-posting-some-more-notable-additions-to-the)

Dying For Bad Music: "I never thought there is something cosmic in banjo based music, but Andrew Tuttle proved me wrong. When I skipped through Brisbane I fell immediately in love with the frenetic banjo playing. But when those synthie sounds whooshing across the picture like little ufos, I felt the warm fuzz of the former days of knob twiddling, that got lost with all the rush of so called "Kosmisches Gedudel". (http://dyingforbadmusic.com/blog/post/2013/09/andrew-tuttle-4064-2013.html)

The Thousands: "...‘Rain Transplant’ is the sound of generations plucking banjos in the Guitar Shop while pools of water seep up from the gutters and surge into streets, parks and schools before disintegrating into a digital abyss. ‘Back Deck Sunset’ is a hypnagogic soundtrack to years of share-house beers out back, watching bush turkeys kick dirt around the yard while the album’s title track drifts by with drawn out chords on the farfisa organ constantly finding itself drawn back into the laptop." (http://thethousands.com.au/brisbane/hear/andrew-tuttle-4064)

Sonic Masala: "...As you can hear, it's not far removed from the instrumental deconstructions that earmarked Anonymeye's ten year oeuvre, which is great to hear, but the change in direction comes in subtle moments - the amorphous segue into an effects-laden bridge, bookended by interplay between Tuttle's beloved banjo and bubbling synth - that implies there is a lot more to come that will take our breath away. I for one cannot wait." (http://sonicmasala.blogspot.com.au/2013/05/om-supports-singled-out.html)

Derives - "Andrew Tuttle is a musician from Brisbane, Australia. He is now playing under his real name but previously he was playing as Anonymeye and I’ve been really enjoying his compositions. Looks like the story goes on with this nice bucolic & rural instrumental, sitting in the shade of a tree, hiding from the sun and enjoying summer laziness"

Vital Weekly: "...Tuttle plays mostly banjo, synthesizer and organ here, and perhaps there is a bit of computer processing in here somewhere, but maybe not. The mid range frequency of the banjo bursts in the title piece and even more heavy in 'Rain Transplant', but the farfisa with computer of the opening piece 'Porch Life' is very nice." (http://www.vitalweekly.net/884.html)

4064 is the debut EP release from Brisbane, Australia based musician Andrew Tuttle. Whilst winding down his previous musical project Anonymeye in late 2012 and early 2013, Tuttle continued to work on new recordings during the Australian summer. A relocation of house and home studio, new creative opportunities, and regular seasonal downpours subconsciously motivated Tuttle to create music reflecting on exciting new beginnings and seasonal and domestic bliss.

4064 (pronounced Four Zero Six Four), named after the suburb of Paddington in which the EP was written, features five new works, ranging from Rain Transplant, featuring a contemplative banjo motif that collapses into itself before eventual redemption; to the floating arpeggiated synthesiser workout Fallen Powerlines; to the title track 4064, a blissful meeting of Farfisa organ and computer; and other points in between.

The five tracks on 4064 see Tuttle eschew his acoustic guitar, an integral instrument in previous projects; in favour of banjo, synthesiser, and organ. Whilst this isn't predicting future directions by any means, the instrumentation used reflects Tuttle's desire to explore differing musical outcomes now and into the future.

Recorded and edited at Wilden St, 2012-2013.
Additional recording on tracks 2, 3 at Wavelength Recording by Joe Panetta.
Mixed and mastered by Lawrence English at 158.

Thanks and love to Frith, the Tuttle family, Lawrence, Joe and 4ZZZ FM for the donated recording time, Gavin Catling, and everyone else who has supported me throughout current and old projects. 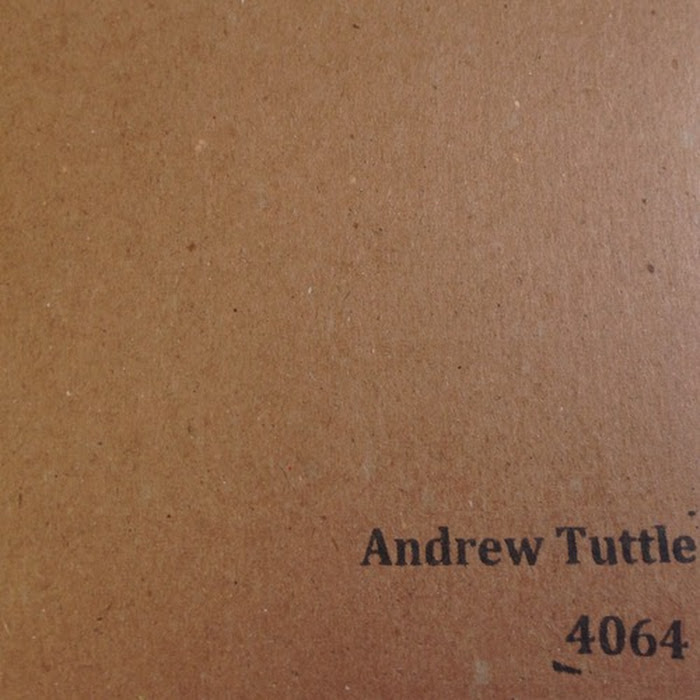 I never thought there is something cosmic in banjo based music, but Andrew Tuttle proved me wrong. When I skipped through Brisbane I fell immediately in love with the frenetic banjo playing. But when those synthie sounds whooshing across the picture like little ufos, I felt the warm fuzz of the former days of knob twiddling, that got lost with all the rush of so called "Kosmisches Gedudel".

4064 is two-thirds electronica - not too fancy and not too formless - the other third is the banjo and this EP is short enough to keeps up your attention.

Andrew Tuttle was formerly operating under the name Anonymeye and released a plethora of sounds, always between acoustic instruments and electronic manipulation.

Start with the most current thing and it's this EP + a remix project of Brisbane. 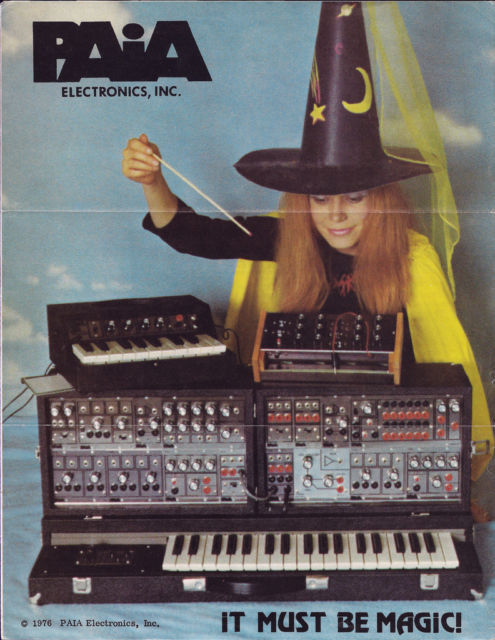 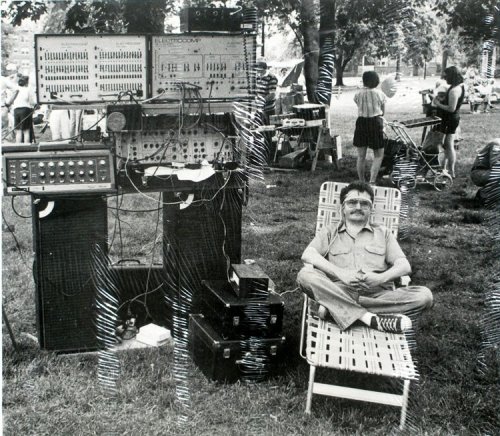 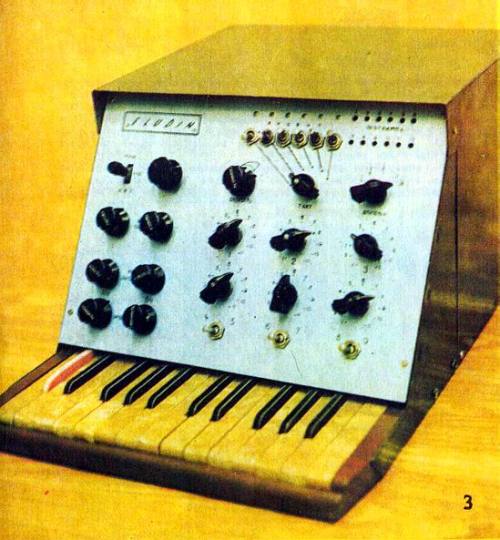 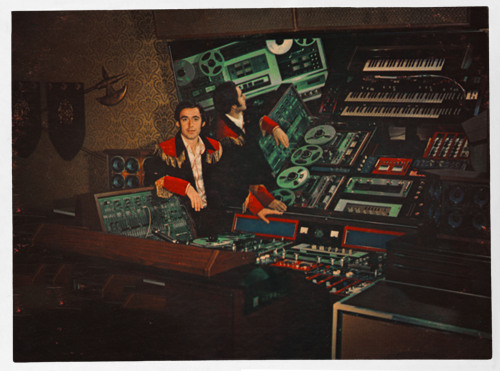 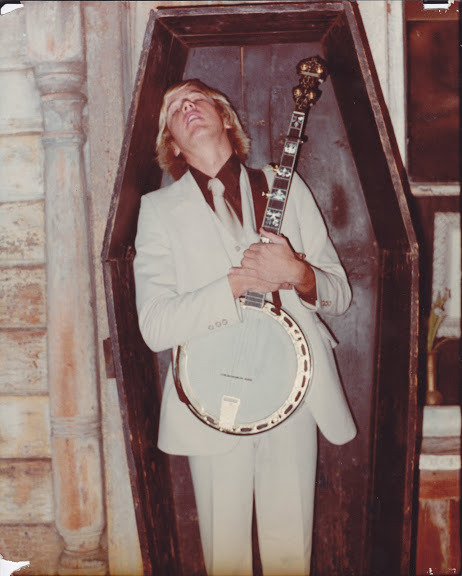 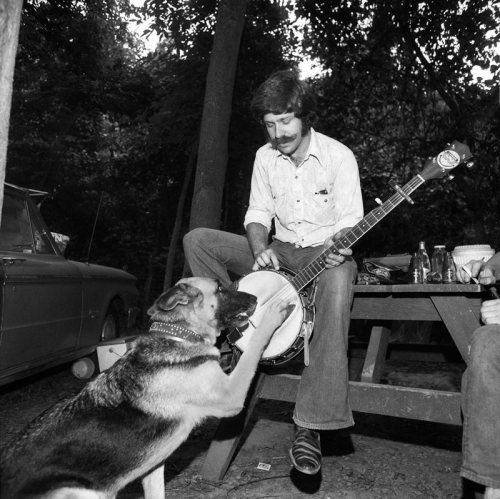 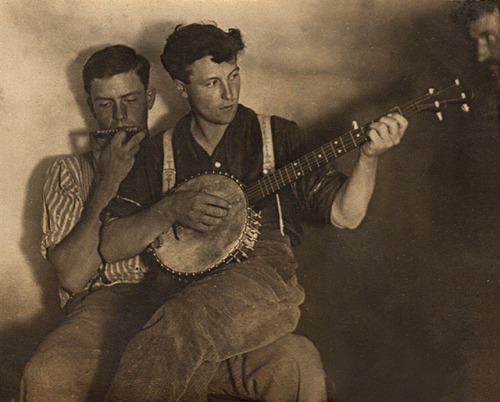 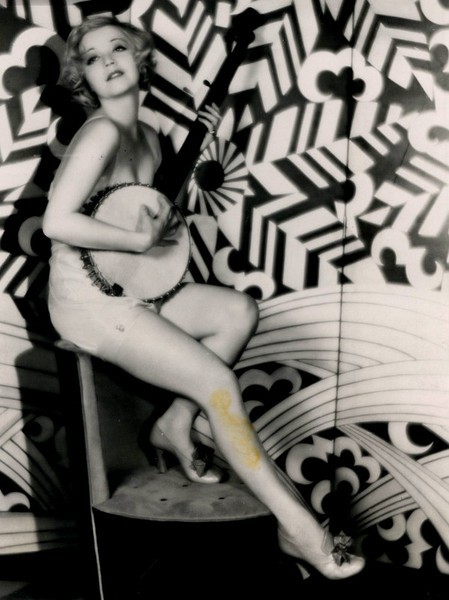