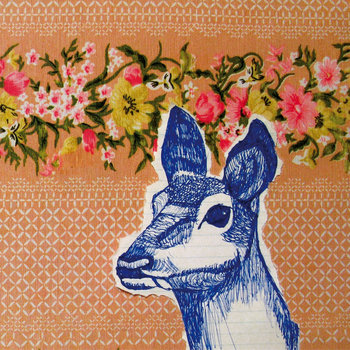 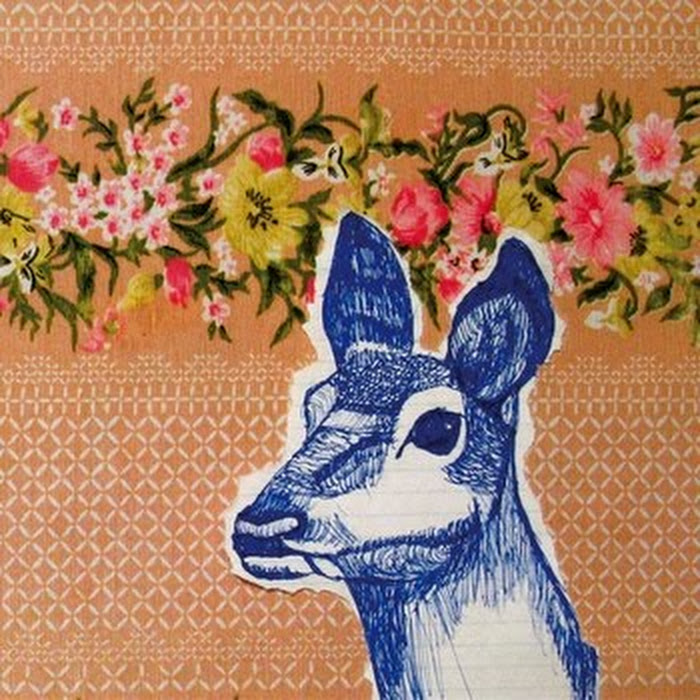 Last year I wrote about Kyst debut ep "Tar" and in the last weeks they've release a brand new album and went on tour, which is now over.
Kyst is a band from Poland, formed in Norway and they are best comperable to the flagships of todays indie music like Grizzly Bear or Akron/Family. Their musical output is high quality in songwriting and arrangement.
And while I dropped these two names I say you why. They got the same slow, weird passages of early Akron/Family recordings as well as the harmonies in multiple voice singing. And the Grizzly Bear is everywhere :).
But I don't want to reduce and compare Kyst to the mentioned bands. They stand for them self. They are young, they are know how to build up intimate athmospheres and how to write songs aside from standard formulas.

I had the chance to write with Tobias of Kyst, ask him some questions and sadly I missed their show last week (because of weather and work and the long drive to the venue).
So let's start, turn the music on and find their record and video and links and much more love below.

Climb Over by Kyst


Hi Tobias,
please introduce Kyst and outline your musical way from where it starts till today.

Well, I started the band in a small town Halden in Norway, where I moved with my parents for a year. That's where I've recorded the Tar EP (released in 2008) and after that the plans changed a little bit and I moved back to Sopot, Poland.
Then the band was sort of formed again with a pretty different sound. I just asked my friend Adam - which whom I've played for a long time in different groups - if he wanted to play my songs from the EP with me. After some time we started composing completely new stuff together and, well, this is the totally different Kyst than it was in Norway. We started playing some shows in Poland, then we got in touch with some other people and now we've released our debut LP "Cotton Touch". It all happened very fast - the Polish Kyst started in August 2008 and our first European tour happened in June 2009...

The music of Kyst is very pleasurable and harmonic pop music in best sense, on the other side it breaks with simple song structures and breath a lot of the spirit of experimentation.
What are your intention to interweave such slowed down dreamy, improvisation like parts (or the noisy ones)?

Our main goal is to make possibly the most honest music. Songs are usually composed in the way of improvisation with a few exceptions, like How I Want or Grass So Bright, which are just normal sweet songs.

On stage everything happens second after second, there's some kind of telepathy between us and everyone of us is into this music in his own way. That's totally unpredictable - it could create great, powerful, emotional free-passages or lead to a complete disaster. Sometimes it's enough when just one member feels bad and he can't get into it and the show might be screwed.

I think it shows pretty clearly that we mostly rely on emotional devotion to what we do.

What is more important, the songwriting and message or induce a feeling and a free flow of sound?

I would choose free flow of sound! The most important is the energy generated by the certain moment.

However, me and Adam are just starting our solo projects, which would probably be slightly songwriter-ish.

You were on tour last days. How was the feedback on your shows? How would you
describe the audience?

Yeah, we've been touring some parts of Europe since 8th until 23rd February with our friend Touchy Mob. The feedback was actually really really great! The audience was usually surprisingly quiet and concentrated. We sold some CDs (and gave away a LOT) and people were very very interested in our next plans, interviews and all kinds of stuff. It was so great!

What was the best and the worst thing happend on your tour?

Let me think
.
..
...
Oh yes, the best thing was definitely a crazy, crazy shamanistic jam-session with art students in Braunschweig art school. The show was nice, people were nice, some stuff got destroyed, but who cares if the party was so nice, eh?

The worst thing happened to us in Berlin - we played a gig in Madame Claude and because of some misunderstanding (my fault) we didn't know we couldn't use drums in there. Our tour set-up consisted of like one and a half drumkit, so we panicked a little bit. But in the end it was pretty nice, we played on some trashcans and a keyboard suitcase instead of huge loud drums.

What do you think about todays DIY label business? Is there a place for this labels between or beside all the bigger and hyped ones?

I totally think there is place for these labels. Adam and I have started this Gingerbread Records thing and we just release Kyst music and some other friends', and we're still touring and people listen to our music. We are really into DIY!

What are your planning next?

We're doing a small UK tour in May (possibly one show with Broken Social Scene on the way there, but sssshhhhh, it's not confirmed). Before that we are going to release an EP called "Good Days" with some old songs that didn't fit for "Cotton Touch". In summer we will probably play some festivals, but who knows?
I'm also moving to Berlin in July.

Any freeform message for our readers?

Yeah, well. Download/buy our CDs, go to our shows (we will play a lot of them in Western Europe for sure) and spread the word about Kyst!

I hope my bandmates won't be offended if I do some advertising. I've just started my solo project called Coldair and I'm going to release my debut LP in September 2010. Then some huge touring around Europe...
www.myspace.com/coldairmusic

Thank you Tobias, and keep up the good work! :)