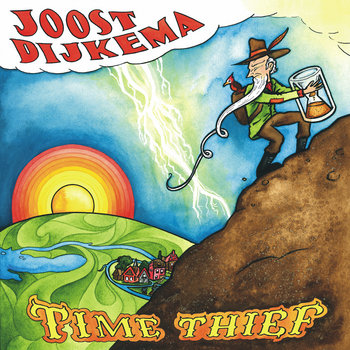 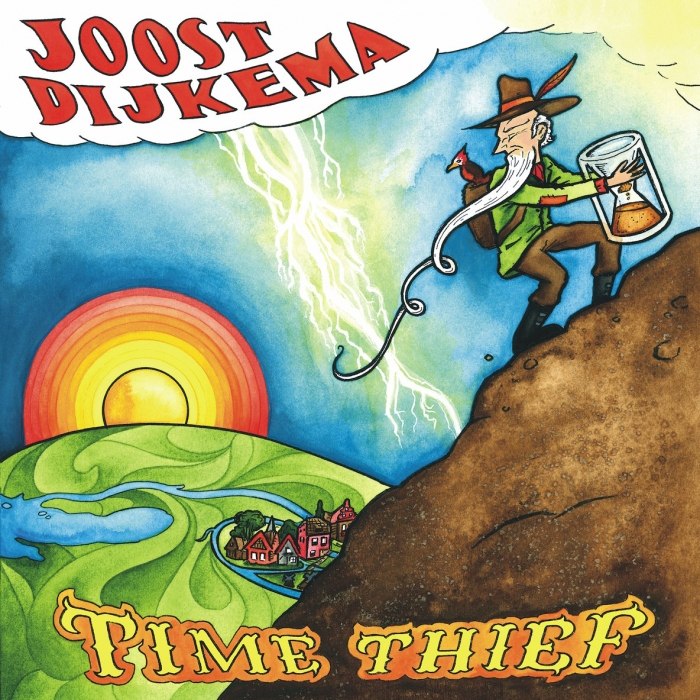 If you are of the age were your parents put up records with songs and fairy tales to entertain you, then the record cover could remind you on one of those children records.

If you flip the cover and check the back, you could easily mistake that handsome guitar guy framed by an illustration of trees with an old photo by Michael Chapman.

So that's kind of the promise of this record. Acoustic folk-rock ballads and solo guitar/instrumental pieces by an "old soul" in a young man's body. The kind of things they attributed to Ryley Walker after he released his first two commercial records.

Michael Chapman and Ryley Walker are perfect reference points to describe Dijkema's music. He's deeper in English folk traditions than the steel-string blues from across the Atlantic. There is maybe a hint of Bluegrass in Spring Fever, but that's probably just the banjo that tries to make me believe that. Also, he's a skilled guitar picker who plucks the right strings on 6 and 12 string guitars, banjo and beats the drums on time. A multiinstrumentalist in the best sense of the word.

It's worth noting that this record is sounding quite perfect, given that some songs were recorded at different locations under different circumstances, like in a bathroom on cassette tape and in several studio settings.

The cover artwork was made again by Plastic Crimewave, Sarah Gossett and Hands of Hydra.

All in all a record you should not miss if tales of anxiety, hope, loss and love, told by delicately picked fingerstyle guitar and words, are your thing.

Available on vinyl and cd via their online store and, according to the press sheet, via https://www.lionproductions.org for US distro.