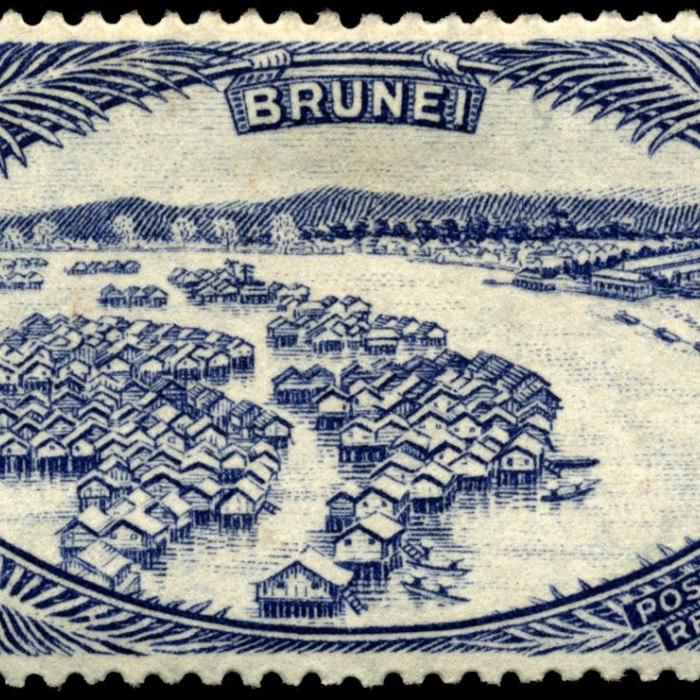 Sheffield based guitarist Jim Ghedi composed the soundtrack to the film "Sketches of Brunei" by experimental filmmaker Ian Nesbitt. The film is 27 minute long and consists of silent super 8 home-movie footage from Brunei that got interlaced with Jim's steel string guitar exursions and drones coming from bowed string instruments. The audio production has a lot of depth due to the use of reverb and stereo effects. It's pretty intense and dark.

I love Jim's work and I love looking at found photos and watching footage from days gone by. That's something I really like about this project. On the other hand, I have to admit that I don't see a direct connection between the music and the movie. Both entities can easily stand on its own and can even be replaced with different instances of the same medium. I might have missed a point here, maybe I need to know more about structural film (I watched Wavelength* once and it left me confused) but to me it's found footage on one side and a guitar/soundscape composition on the other side. I have a hard time to read more into that than it appears to be. But maybe I don't need to and it's enough to see a part of the world at a time I was born and listen to music that is timeless.

Nontheless I enjoyed watching it!

The soundtrack of Sketches of Brunei will be available for download on Jim Ghedi's bandcamp page at March 7th.

Sketches of Brunei c.1978 was created by experimental filmmaker Ian Nesbitt with soundtrack recorded by musician Jim Ghedi for his company Outside Films, for this project he returns to footage of his own pre-memory childhood in Brunei, re-editing reels of his parents' cine-film to a set of guidelines in the tradition of structural film.
Ian & Jim have crossed paths often and played around with ideas and odd live projects with mutual friends The Dead Rat Orchestra but it was over a cup of coffee one day that Ian explained he had a silent film he's had stored away looking for someone to record some music towards it, so taking the opportunity Jim agreed and in but a mere 2 days recorded this 27min sound piece based on raga and industrial sounds.

The film is a non-objective portrait of a country in the early stages of preparing for independence. The relentless and predetermined cut of the edit forces a narrative of sorts through unrelated scenes of colonial gardens, food markets, military ceremonies, cock fights and interminable boat rides. Relationships between fading military and emerging oil powers, cultural colonialism and native tradition, family life and global politics are brought into question. An unquantifiable body of water serves as both schism and conduit.