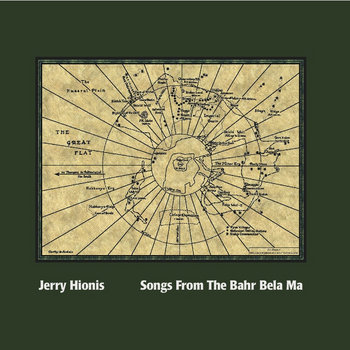 Recorded and mastered in the fall of 2013 at Dungeon Audio by Jim Jenca and Mike DeMaria. All songs were performed live in a single (first and only) take with no dubbing or edits. Please forgive any and all missed notes. 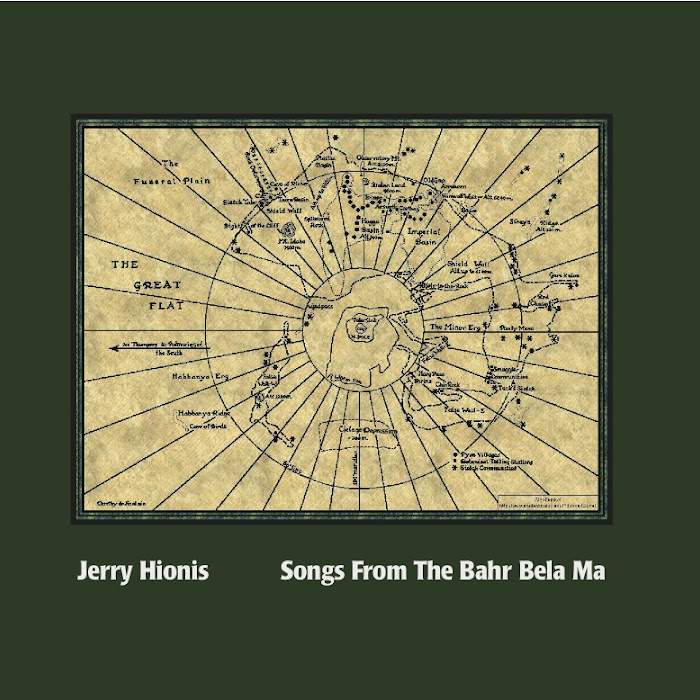 Since I started this years postings with somehow releated musical concepts I will continue and connect the new Jerry Hionis album to the previous posted Rag Lore Demos Blue For al​-​Watawit of Yashkur. Jerry's connection to the arab world is his faith, but like Matt's album you hear on "Songs from the Ocean without Water aka the sahara desert" (that's what Bahr Bela Ma means) straight american primitiv solo guitar tunes.

I have to say, after his first two releases blew me away with their rawness and drive, this one didn't on the first few spins. Maybe I listened to it when I got tired of solo guitar music for a brief moment. Maybe I expected the same as when I heard him the first time. Whatever it was, it's just from my point of view. Don't listen to me, listen to this album yourself!

This is powerful and raw american primitive guitar music and highly recommended if you can't get enough from crazy picking patterns, wonky lap steel sounds and the whole Fahey vibe in general. Single take recordings with all the beauty and the flaws of missing notes and buzzing strings.

Watch out for another album coming soon, with Genesis cover versions! You can also buy CDs. Just contact Jerry over his bandcamp or facebook.