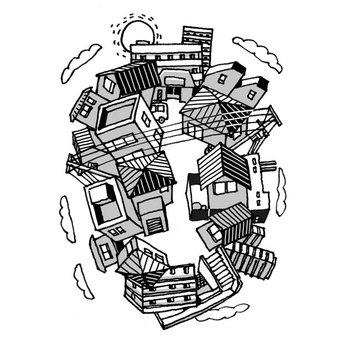 Back Alley
by Least Carpet

music and artwork by Marko Martini

After releases on Dying For Bad Music and SicSic Tapes, Least Carpet returns with this new album that, according to the artist, is based on childhood memories of living with his grandparents in Japan.
The result is a collection of minimal folk compositions, almost exclusively performed on the shahi baaja. 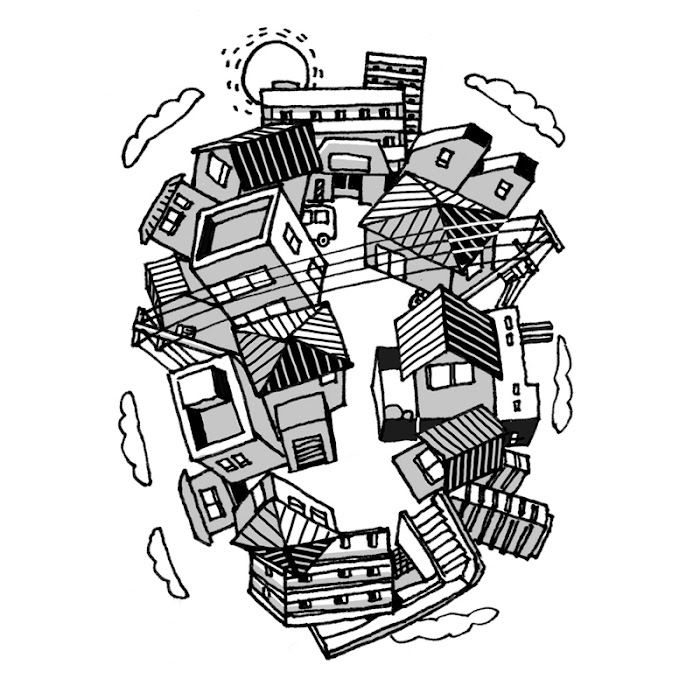 When I released the first Least Carpet EP digitally in 2010 I was pretty sure that a real physical release and more international attention will follow soon. His Eastern Europe inspired Psych Folk was masterfully executed and it wasn't presumptuous to compare him to Steven R. Smith and Hala Strana. But even if he played a few times live and released two times on the highly prolific german label SicSic Records, it never took off.

His latest release is said cassette tape Back Alley on the Austrian psych label Feathered Coyote Records. The press text says it's based on his childhood memories, living with his grandparents in Japan. I can't hear any particular japanese influences here, but whatever these memories are, it's not Koto music (that I only know as preset from cheap Casio keyboards).

To me it seems like he found his own sound, away from traditional folk music, to minimalistic, looped soundscapes played for this release on an indian zither, the shahi baaja. It reminds me a bit on the mantra like music of Mike Tamburo, who follows a similar approach, just way more repetetiv and stretched out.