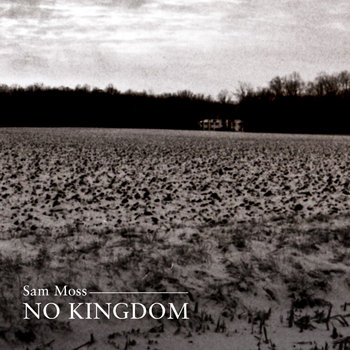 No Kingdom
by Sam Moss

Upright bass by Michael Roberts.
All else by Sam Moss.

All tracks recorded at home in Brattleboro, VT, except 7 and 8, which were recorded at The MacDowell Colony in Peterborough, NH.

Mixed and mastered at Nada Sound Studio by Eric Carbonara.

Thank you Mom, Dad, Brother, Anna, and The MacDowell Colony.

Photos and design © 2013 Anna Coe
(with assistance from Don Moss). 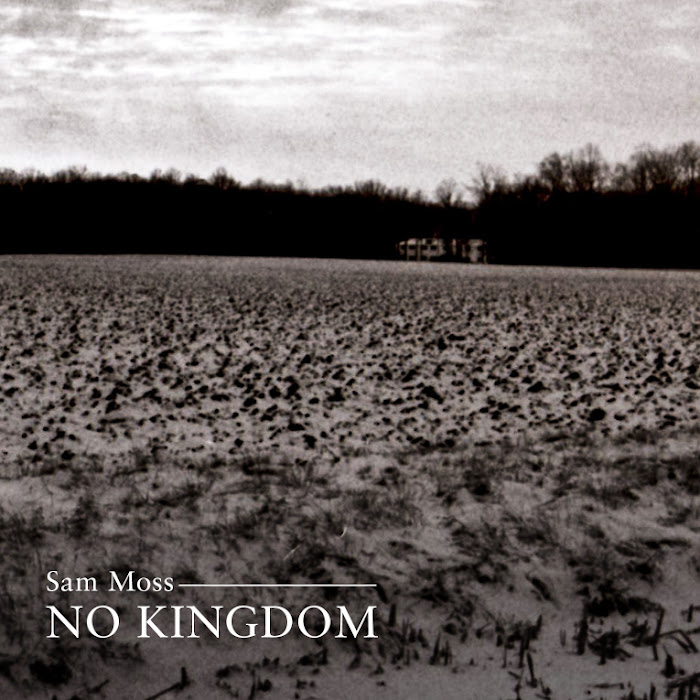 Fall time is folk music time. The smell of damp leafes and the first fire in the stove (if you live that prehistoric like me) and the coffee cools down much faster.

Sam Moss isn't unknown here. He took some classes at "Takoma School" but moved on and worked on his own vision of american folk music, either as string duo with Jackson Emmer or experimenting alone with an acoustic guitar and an empty room, or he's playing desolated electrified christmas carols.

No Kingdom must be Moss' 6th album and it sounds like a sadcore one-man string band.It feels like a record one makes after ending a relationship. Reflecting life, trying to find new hope, trying to look forward and not hold onto the past. He could also easily write the music to some modern version of Cold Mountain. Maybe it's the fiddle that makes me think that.

Anyway. If you are into american folk music played on different kind and lengths of strings check him out!