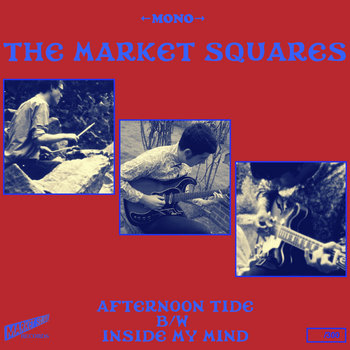 All Songs Written By P. Messis

The Market Squares
Afternoon Tide b/w Inside My Mind 7" 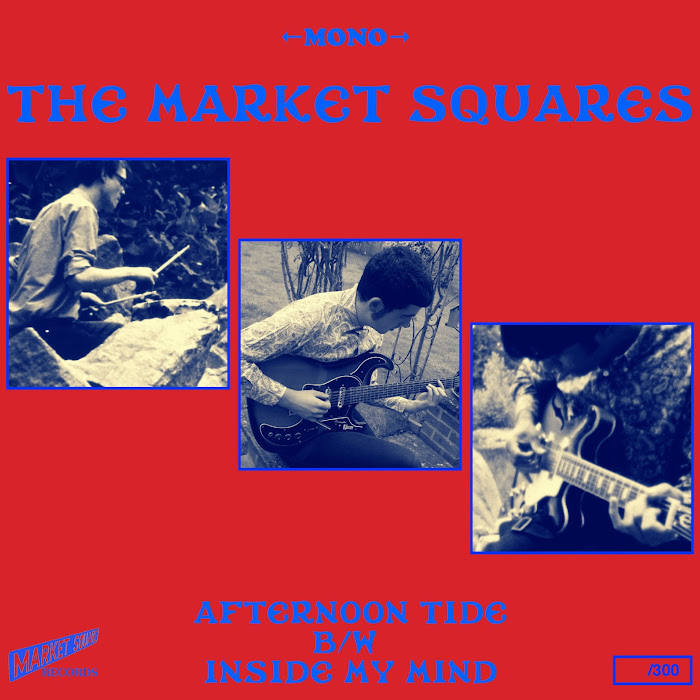 I am a sucker for sixties garage psych and I am ok with any retro sounding new band. They might not add something new to the wave of psychedelic pop in the sixties, but they keep up the spirit. So, beside Jacco Gardner from the Netherlands there is Paul Messis from the UK who recorded a handful of 7"'s with the sound of  british vintage psychedelica.

For The Market Squares release he teamed up with the Nashville Psych group The Sufis (and they match perfectly) and recorded this raw piece of sweet psychedelica.
You can't say if this is a rediscovered track on one of the psychedelic compilations as mentioned above or a new one. Maybe from the crackling when playing the 7" (but since it's a new release ther should be not so much crackles on the vinyl).

The Market Squares 7" will be released on Feb., 4th on Messis' own Market Square record label. That's the only chance to get the files digitally. So head over to the bandcamp and pre-order it and maybe you'll see one or another gem on the bandcamp page? (and act quick, it's nearly sold out, at least over this channel).

Here is OffOn by Scott Bartlett

and here is a original track from the sixties found on this compilation (and here) and using the same movie...

So everything is connected now?