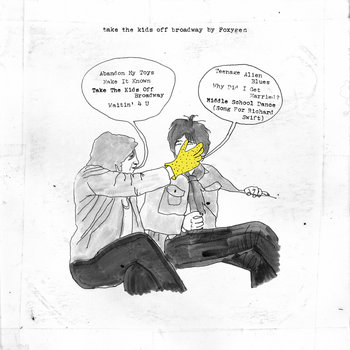 Take The Kids Off Broadway (Jagjaguwar)
by Foxygen

All songs written and performed by Sam France & Jonathan Rado
Recorded in Astoria, Queens on Tape and Computer.

Foxygen
Take the Kids Off Broadway 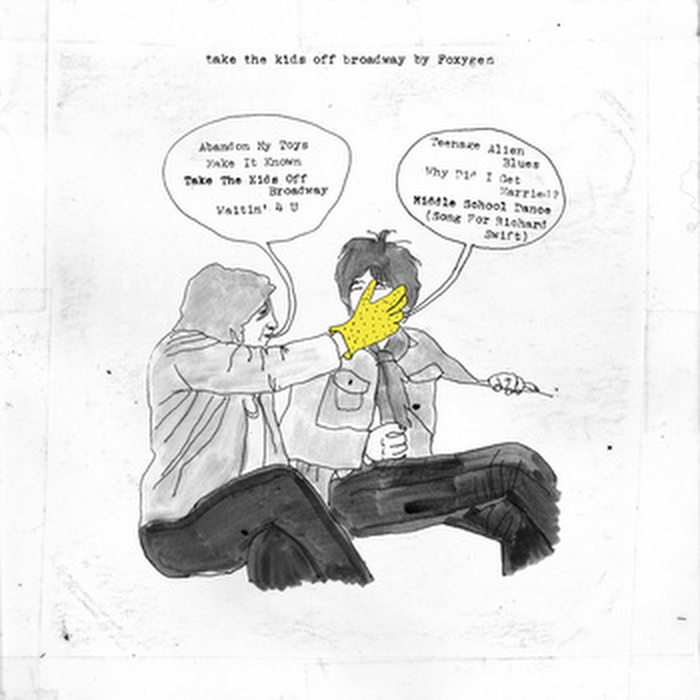 So these two 22 years old guys seem to re-record a recordcollection with The Kinks records in it, David Bowie, Scott Walker, Queen, The Rolling Stones (very much!) and what else was hot in the mid-seventies.

Their approach is similar to MGMT's - putting all kind of hippie music and glam rock in a bucket and cover it with much more glitter - but Foxygen do it with much more weirdness and quirkiness. Tons of references, tiny details, great soundeffects, vintage shit and what else.

It's like a glam rock opera - some concept-record-shit and not from this today times. And on the other side, it's only possible in these days, to make a eclectic album like this, with the record collection of your relatives and cheap recording technique to put this all together in a bedroom.

Unfortunately the record-cover doesn't fit to the music and make it look like a xyz surf-chill-duo. So buy the album from Jagjaguwar or just stream it over their bandcamp (incl. the lofi bedroom version)