Land of Blood and Sunshine
Interview 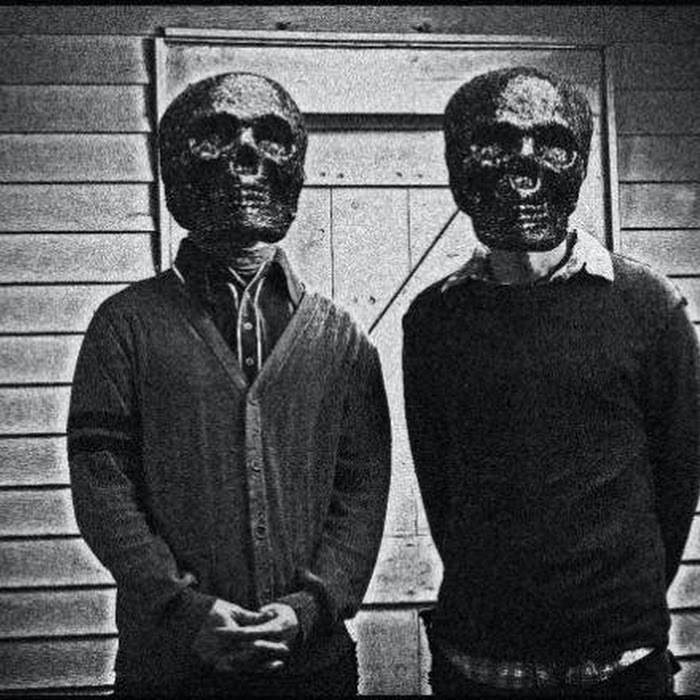 I can not stop singing my praises about Land of Blood and Sunshine - the LoFi Psych Pop Outfit from Mashaltown, Iowa. It touches me like a foot kicking a bucket.
So here is a short interview and after that two exclusive videos.


Land of Blood and Sunshine - Bring me Thunder


Hi Joel, how are you and where are you right now?
I am sitting in my basement, and I am fantastic, thanks for asking.

Tell us something about Land of Blood and Sunshine. When does it began, who is involved?
Lobas started about a year ago here in this basement, just a couple dudes who have played music for a long time finally getting together to have some fun. It started with just me and Nicholas but over time we got other people from the area to play our live show with us, there is a total of 5 of us now just for our live show.

What about the new album? What is the story of your new album?
After Magick Carcass Ride was finished we were immediately ready to start recording again, we wanted the next one to be longer and louder.

How and where was "Into the Magic" recorded? I imagine a Tascam 4 or 8 track portastudio in the basement, but nowadays the lofi shit is recorded onto a mac book. Or was it a real studio? Then the engineer must going crazy because the oversaturated recording?
We do everything here in my basement, some of it is recorded on a Tascam 4 track and the rest on computer, no mac though

You play also in Sudden and Subtle which sounds like the cleaned up smoother version of LOBAS. Any new stuff planned? Or got LOBAS the focus? Any other projects? As far as I know you play in the "Goth-Country" Ensemble Old Scratch Revival Singers. What's your position there?
Sns is in the middle of recording a new 10 song record, it is going very well and we are very pleased with how it is coming along.. It should be available in the next few months. Nicholas is the one that is in Old Scratch, he plays percussion and yells along with the rest.. They are a great band and definitely recommend them to listeners.

You recorded a Daytrotter Session (pic). This is a great honour, something like a John Peel Session in former days, I suppose. How was it there? They offer 3-4 Songs of that session on their website, but more are recorded, right? What happen to the rest? By the way, I am looking forward to hear
these!
We had a great time there, very relaxed atmosphere and they are really awesome guys. We recorded 4 songs, im not sure what or when they will put up, but i would think they would put them all up. My guess is they will be available in the next couple months.

Any plans to play live?
We have been playing a lot of live shows over the past year, we have played with a lot of very good bands. We are always trying to change our sound live to be more interesting.

What do you think about this whole blog/download scene. I mean the first thing I got from LOBAS was a zip file from mediafire and it was not officially from you ;-). So, what means success to you? A pitchfork review and 1000 free downloads on blogs or a bunch of people who have a good time
at a LOBAS concert? I mean you run your own label and it's difficult for lesser known bands to sell cds. What is your experience?
We love to have a good time, so everyone having a good time at our show and/or being scared of us feels pretty good. I love the blog download scene, theres so many bands around past and present that need to be heard and its a great way for it to happen.

Is there any Band you want to play with? Dead or alive...
Ferlin Husky

Your recent dicovery in music or what is on heavy rotation right now? (wait, let me check your last.fm profile... Dick Dale and His Del-Tones and John Dwyer/Thee Oh' Sees stuff... quite nice! Do you know the latest Timber Timbre album? It's my recent discovery. Really great music. Dark and isolating, but deep and full of space.
I listen to lots of stuff, its always changing, I constantly love being intoduced to new music, I am a John Dwyer fan, Oh Sees are good stuff but I'm more into his earlier band Coachwhips. Gories are one of my favorites.
Im a little punk kid at heart so i will always have a soft spot for some loud fast crap shit.

Do you have some exclusive material for our readers you want to give away for free? Any shitty live recording from an iPhone laying on the speakers, or the hissing tape recording from your rehearsal? I always love demo recordings!
Yeah I'll send you a couple videos and a new song thats gonna be on our tape were in the middle of recording.

So thanks, Joel!
Thanks Marcus!


Land of Blood and Sunshine - Let's Adventure on Vimeo.


Land of Blood and Sunshine - Does it need a nap on Vimeo.