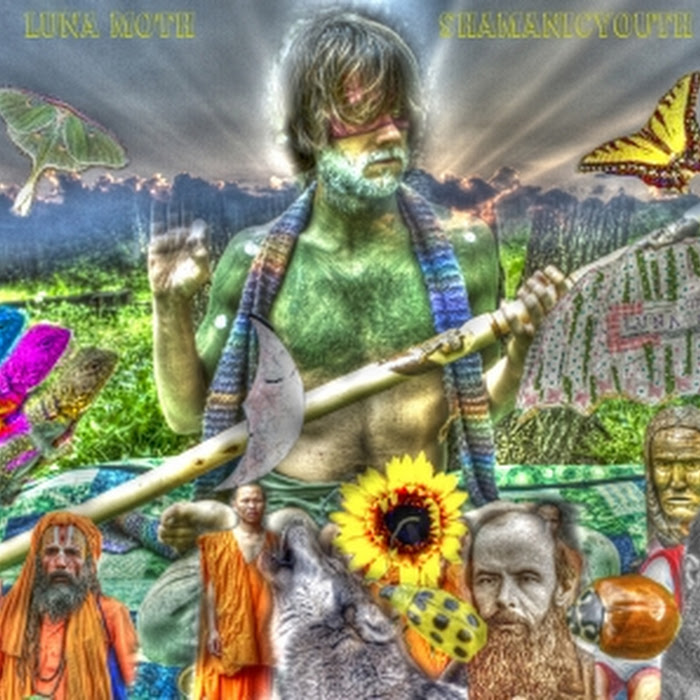 # cllct, psychedelic pop, psych folk, indie rock
Genre: Psychedelic Pop, Freak Folk Punk
Label: Cllct
If you like early of Montreal this is for you

Luna Moth is the pseudonym of Joey Paz, a musician based out of Norman, Oklahoma. Working with an ever-evolving entourage of fellow local artists and musicians since 2005, Luna Moth has recorded 8 albums of material ranging in sound from minimalist lo-fi folk to noisy psychedelic garage
rock.

What should I say - this guy send me a link to his CLLCT page filled up with colourful cover artworks and much more songs. Where to start? Best with the current one. Mmh strange mixture of Indie Rock, Japanese and childlike tunes... then the Green Moth, Seekers of Vision - epic Post-Rock references which turns into Snake River Prayer a tribal drum driven chanting thing. And later, The Dreamscape Shifts, Tornadoes Appear on the Horizon a dull guitar picking thing which later wash your ears in best early Sonic Youth vein.
Ok, then switched to an earlier album. The Endangered Salamander again an awesome energic piece and more folky guitars. I downloaded it all - and it's brilliant. It's such a wide range of styles blended in a great psychedelic pop way. Oh, I need to mention the album Springtime Spirals Spiderly, which is the work of a broken hearted man. Bittersweet songs, mostly on acoustic guitar, lovely and Metaphor for Metamorphosis reminds me on something, don't know what - Kings of Leon - The Bucket? The Strokes? Whatever...

So I selected some tracks that I like most, from each album - you get into and download all of his records by yourself, ok?

Thank you for the music!