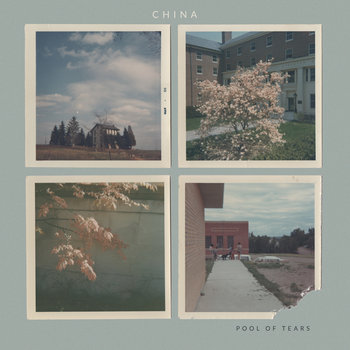 Pool of Tears
by China the band 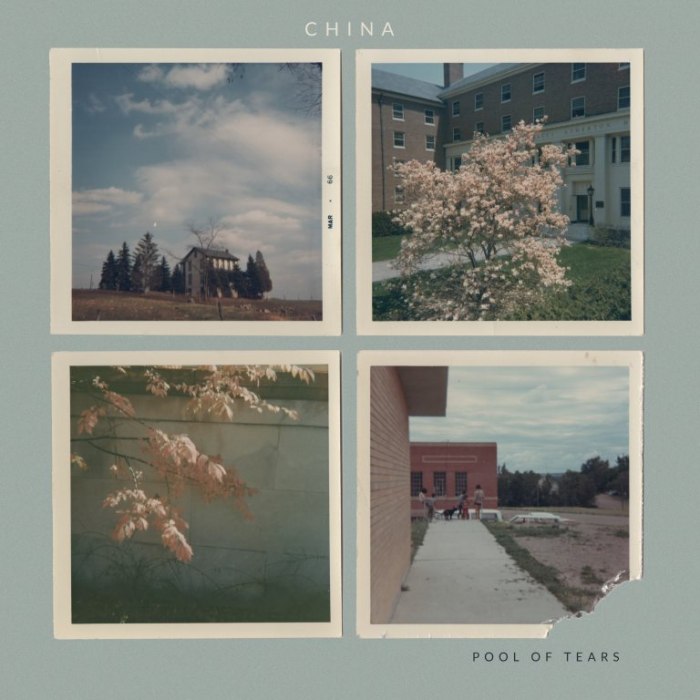 Summer 2016 – everything is heated up – climate, emotions, people. Would jumping into a pool of tears cool us down? I guess we will find out later this year.

In the meantime the band China from Northern California supplies a bitter-sweet soundtrack to these weird times.

China is clearly branded by Michael J. Tapscott's voice and songwriting, but I feel that it's not right to reduce China to a contenter of Odawas, Tapscott's previous, more well known band. China consists of musicians who were involved in bands like Papercuts or The Black Swans and who influence China in sound and songwriting to make them some sort of a super group. A super goup more people should know about.

This album is a marvelous mix of West Coast americana, indie pop and since the label mentioned private press-loner folk releases, I can see parallels to obscure records like Steve & Ed's Dream Song, as well.

Perfect music for road trips or long train rides, while questioning yourself and the world.

Available on cassette via Royal Oakie Records or digital via bandcamp.

Make sure you grab China's other releases!