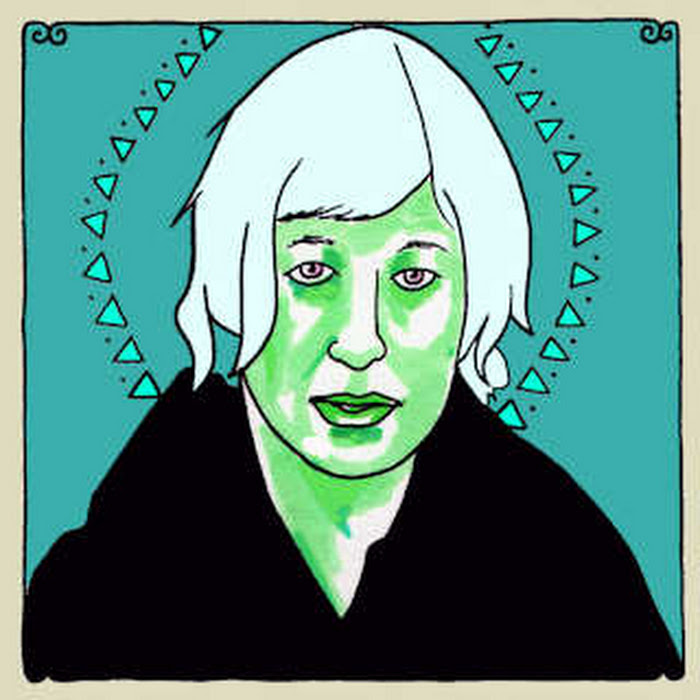 Here´s another Daytrotter session with one of my favorite female vocalists Zola Jesus. Although Nika Roza Danilova´s voice takes getting used to due to the epic "opera"-style, I really love it and actually that´s exactly what I like most about her music.
The "gloomy", dark music and the vigorous, strong voice make it highly impressive.

The session itself is quite short and consists only of 2 songs (or at least these are the ones presented to us by Daytrotter), one of the incredible "Stridulum II" EP and one totally new from the upcoming album "Conatus" (out on 10/4).
So I´m just a little bit disappointed about the few titles, I would have really appreciated, if she did some more or even older songs from "Stridulum II" like "I can´t stand" or the incredibly moving "Light Sick", but she or daytrotter, I don´t know, might have their reasons for keeping them back ;-)

more details about the session here