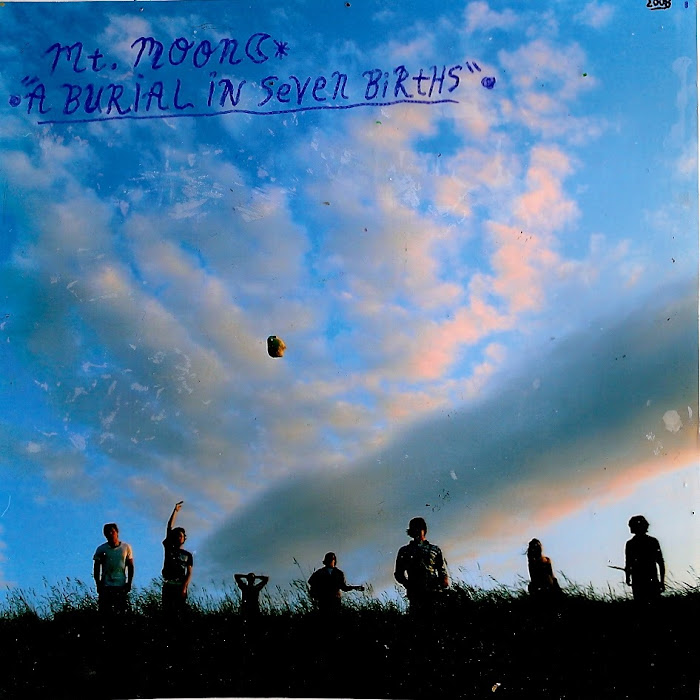 This is way old and I found it just yesterday. A band named after a Mountain (real or fictional) means with an Mt. in their name, always catch my attention - don't ask why.
The bandmembers were really young, when they create this mature sounding music.
There are maybe lot's of bands to compare with, but I always think on Jordaan Mason for some reason. Don't know why. I don't find any words to describe this great recording. I just can recommend it highly, if you don't know them yet.
Later I found out that the A Future in Noise blog praised them too.

This album is like one big song meant to be listened to at once, so as to get the full perspective of all it's summery, campfire-folk goodness. Opening with a track equally perfect for the credits of a film or a funeral procession, "Massive Moth, My Dreamfield" is a song expansive in it's minimalism, consisting of vocal choruses and vintage organ/keyboard sounds, and "Ichneumon", it's close cousin, which introduces acoustic guitar to the mix. Next is"Only 33", the one that jumped out at me most, with a faster pace and radio-single catchiness, and something Bright Eyes-ish about it. "Waltz" had been my initial favourite when I heard it in June, which (as much of the album does) has a masterful balance of silence and sound. "Worm to the Robin" keeps with A Burial in Seven Births' mingling of both the introspective and progressive, "We are young / We are green / Only a few seasons have we lived / Many more are still to come", followed by "*", the quietest, most soft-spoken and saddest song of the bunch ending with "If I have to leave this place / One last time / Without saying goodbye / I might just die...". "She Hears What She Cannot See" (a lost Beatles track title?) is a beautiful album closer, with instrumentation at first reminiscent of the hazier, slower-paced side of shoegaze, then whirling into an unexpected kaleidoscope of sound at 3:57, and burning out into haunting vocal harmony at the end. (source)