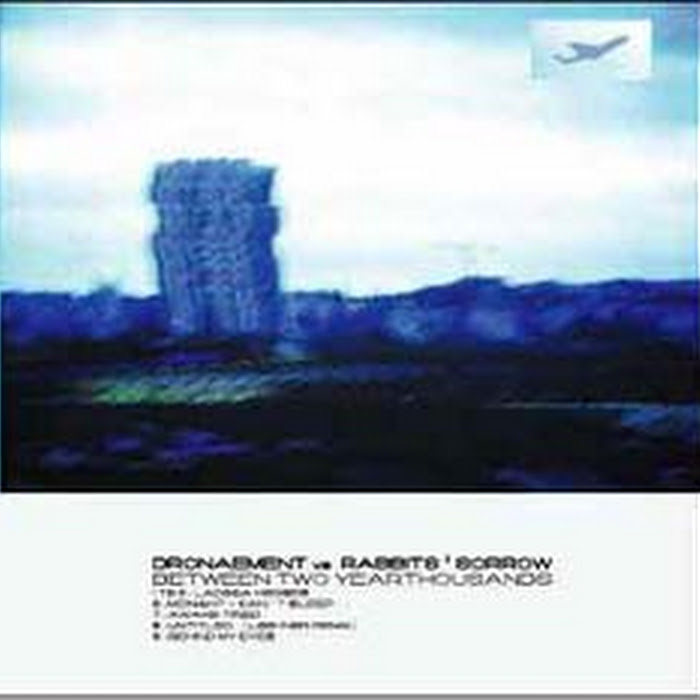 Dronaement's previous releases have been dully presented in these pages before but Rabbit's Sorrow is unknown to me. The latter is one Sebastien Roux, who plays 'guitar and sounds'. This is his solo playing, besides being a member of Un Automne A Lobnor and Oldine. Dronaement and Rabbit's Sorrow have worked together on this CD, a nine piece suite of ambient guitar music. At times they come close to say Windy & Carl or Stars Of The Lid, but at other occassions, they follow a harsher path and end up more in abandoned industrial sites. However their ideas are well worked through and they clearly thought about how to produce an entertaining darker ambient CD. Dwelling a great deal on guitar sounds that are recognizable guitars (mind you!), they are more in ambient rock areas then in the true experimentalism. So much better for them, I guess. They could get more fame there. Very nice CD. (FdW - Vital Weekly (staalplaat))

Tracklisting:
Try it - Buy it